Saiku Joof, a CID police officer attached to Banjulinding Police Station, recently testified in the criminal trial involving Lamin Yaboe and Dembo Jarju who have been charged with stealing 1,400 blocks.

In his testimony before Principal Magistrate Basiru Mahoney of the Brikama Magistrates' Court, officer Joof told the court that on the 11th May 2009 while on duty at the Banjulinding police station, he received a case file. He said by then the 1st accused Lamin Yaboe was under detention at the station for allegedly stealing blocks. He testified that after receiving the case file he called Lamin Yaboe together with the complainant Lamin Jarju to his office and confronted him about the allegation in which the accused Lamin Yaboe confirmed to him that the blocks were sold to him by the second accused Dembo Jarju.

Detective Joof further told the court that later the second accused Dembo Jarju, was also arrested and taken to the police station were he too was questioned about the allegation and admitted selling the blocks to the 1st accused Lamin Yaboe for D4, 000 and Lamin Yaboe gave him D3, 800.00, leaving a balance of D200. Detective Joof said they were able to recover D1, 000 blocks. 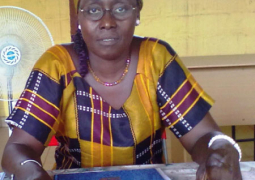