This followed the ruling delivered by Justice Emmanuel Nkea of the Special Criminal Court in Banjul, who overruled the no-case-to answer submission filed by the defence and called on the accused persons to give evidence in their defence.

The three were arraigned before Justice Emmanuel Nkea of the Special Criminal Court, charged with a three-count which includes conspiracy to carry out a lawful purpose by an unlawful means, giving false information to a public officer, and abuse of office, charges they denied.

Justice Nkea in his ruling stated: “When I look at exhibit “E” it immediately seems to me that the prosecution has made out a prima facie case requiring all accused persons to enter a defence.

“I rule, therefore, that the submission of no-case by counsel for the 1st and 2nd accused persons is hereby overruled.

Lamin AMS Jobarteh, Pa Harry Jammeh, and Dr Njogu I. Bah, were accused on count one that, between January and February 2013, in the Banjul City Council, within the jurisdiction of the court, conspired among themselves to remove Justice Wowo, a sitting Judge of the Court of Appeal of The Gambia by an lawful means, to wit, orchestrating his arrest, detention and mock trial, and thereby committed an offence.

On Count two, Lamin AMS Jobarteh, Pa Harry Jammeh, and Dr Njogu l. Bah, were alleged that in January 2013, in the Banjul City Council, within the jurisdiction of the court, with intent to cause the termination of the service of Justice Wowo, fed John Belford( in his capacity as the Judicial Secretary of The Gambia) and the members of the Judicial Service Commission of The Gambia with information to the effect that his Excellency, the President of The Gambia had directed the termination of the appointment of Justice Wowo, knowing the information to be false and thereby committed an offence.

Lamin AMS Jobarteh, Pa Harry Jammeh, and Dr Njogu l. Bah, were further alleged on count three that, between January and February 2013, in the Banjul City Council, within the jurisdiction of the court, whilst in their offices as the Attorney General and Minister of Justice of The Gambia, and Solicitor General of The Gambia, and Secretary General and Head of Civil Service of The Gambia, respectively, abused the authority of their respective offices, by arbitrarily causing the arrest detention, and termination of the appointment of Justice Wowo, and thereby committed an offence. 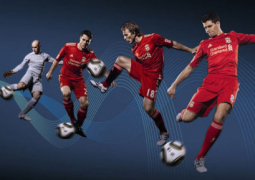