In his evidence-in-chief, the accused said he was with his boys in the village and when coming home he did some shopping with his boys to organize something for dinner.

He said he arrived at home with his boys at 5a.m. and started to prepare sardine and beef for their dinner, adding that in the morning his brother first woke up before him.

He said between his bathroom and that of his brother, who is husband to the complainant, there was a hole and he saw his brother looking through that hole.

According to him, Mariama Faye, the complainant, went to fetch water and his bother’s daughter was closed to him, adding that when the daughter wanted to come to his room, her mother, Mariama Faye, beat her and the girl went back to the house.

He added that he was eating with his boys and the complainant poured water around his area, stating that he followed the complainant to the well where she was fetching water and told her that he had nothing to do with her since two years back and because of her, he was not in good terms with his brother.

He said he went to report the matter to his brother, husband of the complainant, and his brother told him that his wife would do whatever she feels like doing.

The brother told the complainant to report the matter to Gidda Police Post, he said, adding that the following day he was arrested and beaten by the police.

Under cross-examination by the prosecutor, the accused told the court that one Sulayman Badjie, Sutay Ceesay and others he could not remember asked him to leave the compound to avoid problem.

He said he was beaten with a small wood and was not asked to give any statement, adding that he was later transferred to the Brikama Police Station. 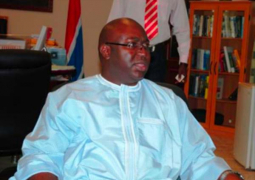 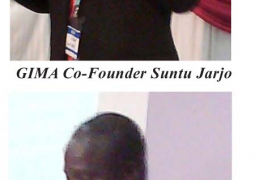