One Lamin Sanneh, accused of theft and assault, opened his defence recently at the Special Criminal Court in Banjul before Justice Emmanuel Nkea.

Sanneh, a resident of Ebo Town, told the court that he went to the night club with his girlfriend, and later she said she wanted to go home.

“I led my girlfriend to the main road where she boarded a vehicle,” he said, explaining that upon his return to the night club, he was told that somebody had fought with one Sulayman Faye, and he wounded him.

“When I asked where Sulayman was, I was told that he was taken to the hospital,” the accused told the court.

“The following morning, I saw a police officer in my compound, who told me that I was needed at the police station,” he explained, adding that he did not assault the victim, and he did not even know him. 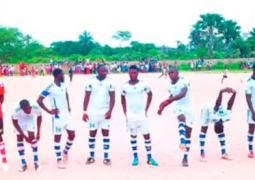 A big boost for the UTG