Bush fires do cause a lot of danger and property loss to people in the country, especially farmers in the provinces.

Normally, during this time marking the end of the farming season and beyond, bush fires are always seen in many parts of rural Gambia.

Sometimes after harvest, bush fires burn down the entire produce of farmers.

Such incidents should be a cause for concern for all, especially all those who wish our farmers well.

Bush fires have always been a problem in The Gambia, especially in the rural areas.

Despite the series of sensitization campaigns conducted by the Forestry Department and its partners in the communities, it seems more needed to be done to tackle the menace.

The effects of bush fires are many and severe for both humans and the animals we rear, for their survival.

We, therefore, urge the authorities to intensify their efforts in creating awareness among our people, particularly among the population upcountry.

It requires concerted efforts by all and sundry to address the menace seriously.

We understand that some people are in the habit of setting the bush on fire deliberately and, therefore, call on the local authorities to bring such people to book.

The impact of bush fires includes serious de-forestation, which could have adverse consequences on the socio- economic development of the country, at a time when the world is grappling with the effects of climate change.

We need to protect and preserve our environment for the benefit of all and sundry; thus the need to prevent bush fires. 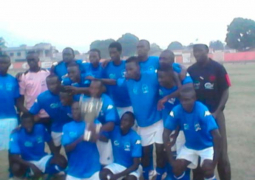