The Brikama Magistrates’ Court, presided over by Principal Magistrate Abeke, Monday heard a case of impersonation of a public officer brought against one Ebrima Bayo alias Alagie Bayo.

The accused person, Ebrima Bayo, admitted to the charge, and the case was adjourned today for judgment.

According to the evidence narrated before the court, it happened between the months of October and November 2012.

Musa Bayo, the purported caller, told Malang Njie that his son had returned from Europe to The Gambia, and had saved D3 million at the Central Bank of The Gambia.

Musa Bayo, the court further heard, told Njie that his grandson took the account number from him and withdrew all the D3 millionfrom the bank, and then gave it all to three different persons, each receiving a loan of D1million. Each of them had acknowledged receipt of the said money, Njie was further informed.

Musa Bayo also told Malang Njie that the three were asked to pay the money, and they failed to do so, and they were consequently arrested and taken to the police station.

The court also heard that Bayo told Njie that the Minister of Justice, Lamin Jobarteh, was their counsel, who was helping them to recover the money.

Musa Bayo later called Malang Njie and informed him that the matter was taken to court, and judgment was delivered in their favour, and the court had asked the three debtors to pay back the money.

One of the debtors had paid his D1 million at the Central Bank of The Gambia, and Malang Njie should give his account number to his son in-law, Ebrima Bayo (the accused person), and his Gambian national ID card to the accused person.

Musa Bayo, the court also heard, called Malang Njie and told him that the Secretary General and Head of the Civil Service, Dr Njogu Bah, was also helping them to recover the money; and, that Njie’s ID card would be given to Dr Njogu Bah so that he could take him to Mecca for Hajj to complete one of the pillars of Islam.

“From time to time Malang Njie did receive calls from an unknown person who claimed to be Dr Njogu Bah, telling him that his son in-law (the accused person) had informed him about the transaction concerning the missing money and he Malang’s taking to Mecca for Hajj. If things go true, and if the money is paid back, part of it would be transferred to Njie’s account.”

During this period, Malang Njie met one Muhammed Kabiru Gaye, who is a relative to Dr. Bah, and told him that Dr Bah calls him every time.

Muhammed Kabiru Gaye then went to the residence of Dr Njogu Bah, and asked him whether he knew Malang Njie of Banjulinding.

Njogu Bah responded in the negative, and Mr Gaye then called Malang Njie on his cellphone and asked him to speak to Dr Njogu Bah, and after the conversation, Malang Njie noticed that his caller was not Dr Njogu Bah.

They then proceeded to New Yundum Police Station, and reported the matter.

During the police investigation, the accused was arrested and he led the police to Banjulinding cemetery where he kept the SIM card he used to impersonate his father, Musa Bayo, and Dr Njogu Bah.

Seven Africel SIM cards were recovered, including the ones he used to impersonate, as well as a mobile phone marked Nokia, and Malang Njie’s Gambian ID card, all at the cemetery.

The accused person admitted the facts as narrated before the court as true and correct.

The case was then adjourned to 5 December 2012, for judgment, and the accused was remanded in custody. 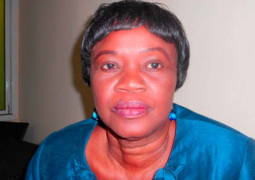 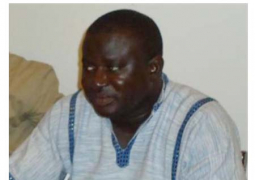