In what appears to be a no-nonsense reminder to all supposed critics bent on criticising his administration, President Jammeh has categorically stated that criticism is fertiliser for him and that it gives him the strength, the passion, the encouragement and the determination to prove critics wrong.

President Jammeh was speaking at the fifth convocation ceremony of the held at the Independence Stadium in Bakau last Saturday.

Addressing hundreds of graduating students, President Jammeh called on Gambians to emulate philanthropists whom, he said are not even Gambians contributing immensely to make the University, a centre of excellence. He said that if we (Gambians) cannot learn from these people and emulate them, then we are not patriotic citizens.

"If foreigners can sacrifice all that they have for the University, what about we Gambians? How many wealthy Gambians do we have in this country who are contributing to the University and yet still these are the same people who sit down and criticise. Criticism is fertiliser for me, it gives me strength, it gives me the passion, the encouragement and the determination to prove you wrong," he said.

Switching his discourse to the , President Jammeh made it categorically clear that the University belongs to Gambians and not to any political party, arguing that politics should be kept out of the University.

He added, "I repeat, the is not a University for APRC, or any other political party. It is the . Let us keep politics out of the University. You are there to teach and impart your knowledge to the students and make them patriotic citizens who would sacrifice for the development of the country".

According to President Jammeh, 'if you have your grievance against the government, you know where my office is and you know where the ministries are. If you are brave enough, come and tell us what is wrong with us. If we love our country, we should be able to contribute in a positive and meaningful way. If Yahya Jammeh is not doing well and you can do well, why don't you do it? Every citizen of this country should contribute positively for the development of this country".

The Gambian leader went further to state, "when you are at the UTG being a lecturer or whatever you are, if you are to active in politics, form your party before the next election in 2011. When it is time for the election, leave the University and go and campaign and if you lose, we will think of whether you come back to the UTG".

He noted, "but for now and in fact forever, keep politics out of the University. What we want is development-oriented students, patriotic students who will sacrifice for the development of this country".

"I am not here to wrong anybody, I am here to develop. Nobody is perfect, let us work together as brothers and sisters for the development of this country," he noted.

President Jammeh's variegated speech does not however spare the current global economic crisis. He said that in spite of all the turbulence and uncertainties on the global economy, Gambia's "economy is strong and has been rated by a London based economic magazine to be among the 10 best economies worldwide that are projected to grow at the highest rate in 2009".

Meanwhile, President Jammeh made a pledge of US$500, 000 for the construction of an ultra-modern University library. 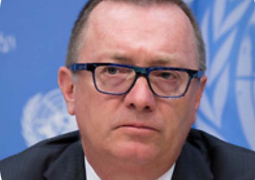 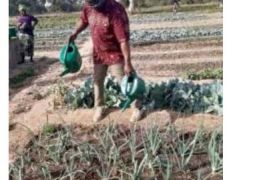 Feature :My thoughts on supporting rural women during COVID-19, using a gender lens