Justice Emmanuel Nkea of the special criminal court in Banjul yesterday made an order for the appearance in court of Assan Sallah and Madikan Jobarteh, both employees of the Daily Observer newspaper.

The court ordered that the order be served on the Managing Director of the newspaper company.

The court made the order following the application made by the prosecution in the trial involving Alhagie Jobe, former deputy editor-in-chief of the Daily Observer, and one Mbye Bittaye.

PW2, Baturr Ceesay, under cross-examination told the court that he could not recall the day he was arrested, but could recall that the vehicle that picked him and the 1st accused came from behind them around Churchill’s Town direction.

He said the vehicle went toward Tallinding Police Station and later came back and picked them up, adding that he was not aware that the said vehicle was chasing them.

The witness adduced that he did not avert his mind on the vehicle that was chasing their vehicle, as to whether it was a police vehicle or a security vehicle.

He added that he did not know how many people were on board that vehicle, and he did not know anything concerning the document in question; did not also know the author of the said article.

It was Alhagie Jobe who came to him and asked him to accompany him somewhere, he said.

The witness further stated that he could not avert his mind as to whether there was any injury inflicted on the 1st accused Jobe, and could not recall helping the 1st accused person to wake up while they were in the cell. 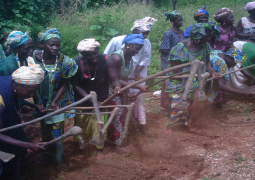