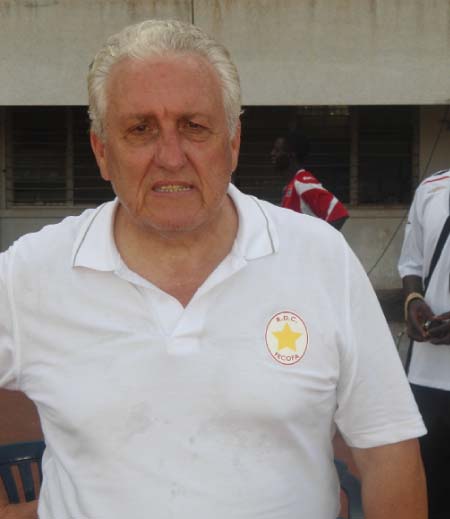 Nouzaret Robert, head coach of the Congolese national team, has admitted his side lost to a better and more organised Gambian team in Wednesday’s international friendly match at the Independence Stadium in Bakau.

Speaking after Congo’s embarrassing 3-nil defeat against the free-firing Gambian team at a press conference on Wednesday, the former coach of Guinea Conakry confessed The Gambia’s Scorpions proved too good too strong and better organised than his own team that lacked both the defensive and offensive strength throughout the entire match.

Robert, who could not hide his dissatisfaction for conceding a huge goal margin, said: “The was a better, stronger and much more organised team than us but you can see that we missed a lot of our key players in this game.

“We have never got a complete team in any of our games and this has made the selection difficult for us and if it continues like that, we will definitely find it difficult to beat .

Robert Nouzaret was in charge of the Guinea Conakry national team that beat the Scorpions 2-0 in thanks to goals from playmaker Pascal Fendouno and Gabba Jawara, during the African Nations Cup qualifiers back in 2007.

will travel to , , in the weekend of 2th, 3th and 4th September 2011 for the qualifier of the African Nations Cup, whose final is due to take place in and next year.