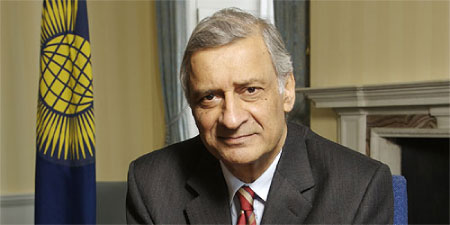 This mission will be Mr Sharma’s first visit to the country since he took over as Secretary-General.

During the visit, the Secretary-General is scheduled to meet President Yahya Jammeh, who he will brief about current Commonwealth initiatives, including the reform and renewal agenda to make the organisation more focused on addressing the needs of its more than two billion citizens ? in advancing democracy, development and promoting diversity.

Speaking ahead of the trip, Mr Sharma said he looks forward to continuing to deepen the relationship between the Commonwealth and The Gambia.

“Country visits when I meet and brief our leaders are always an opportunity for me to listen to what it is we can do together to improve the livelihoods of our people. This is what I intend to do in The Gambia and I am looking forward to meeting President Jammeh,” the Secretary-General said.

The Commonwealth Secretariat has, over the recent years, worked with The Gambia to support and strengthen the judiciary as well as to improve trade competitiveness.

The Secretariat has also provided assistance to the tourism sector, helped enhance the capacity ofofficials to participate effectively in trade negotiations, assisted with debt management, and worked with the country and other member states on global advocacy, such as climate change, international trade and G20, to enhance the voice of small states in the international system.

It has also conducted training of journalists on effective and responsible reporting on development and democracy issues. 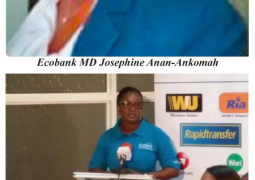