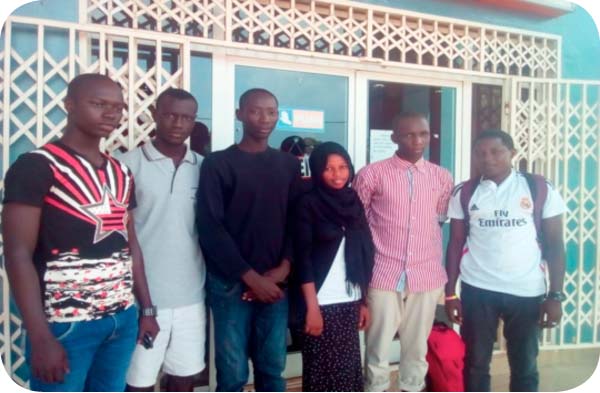 As part of festivities in marking International Youth Day, officials of Climate Watch-The Gambia on Saturday held a forum with young people on the theme:  ‘Engaging Youths in Addressing Climate Change’, at the American Corner in Bundung.

In his keynote address, the Executive Director of Climate Watch-The Gambia, Saikou Suwareh Jabai, said International Youth Day is an awareness day designed by the United Nations to draw attention to a given set of issues surrounding youths.

He said youths are powerful agents of positive change and, therefore, essential in taking forward the 2030 Agenda for Sustainable Development.

On the occasion of Youth Day, Jabai said it is fundamental to increase their environmental awareness in order to empower them to transform their respective societies towards a low-carbon and climate-resilient future in The Gambia.

He said since its inception in 2014, Climate Watch-The Gambia had been coordinating efforts to empower youths to take adaptation and mitigation actions, and enhance their effective participation in climate change and environmental issues in the country.

‘‘With a membership of hundreds of young people across The Gambia, Climate Watch - The Gambia engages in research, and promotes knowledge and awareness among youths and students on issues regarding climate change, environment, fisheries and agriculture,’’ said Saikou Suwareh Jabai.

He commended the management of Star FM for their unwavering collaboration in implementing ‘The Limelight’ radio show.

The programme manager of Climate Watch-The Gambia, Omar Malmo Sambou, said human activities, such as the use of fossil fuels, deforestation and unsustainable agriculture contribute to climate change, which decreases the availability of nutritious food and clean water, and destroys ecosystems and living environments.

He added that this renders youths particularly vulnerable.

In expanding their advocacy networks, Sambou said Climate Watch launched a weekly radio show called ‘The Limelight’ on Star FM, with a view to creating a platform for young people to discuss issues on climate change, environment, fisheries, agriculture and other developmental issues.

He said the programme, which is aired on Saturdays from 4pm to 5pm, seeks to produce significant interviews and documentaries so as to promote knowledge and awareness among the listeners.

Other speakers at the forum included Musa A. Jallow, the information and communications officer, who spoke at length about the importance of advocacy and education.