Momodou Semega Janneh, a Gambian map maker, in collaboration with Google, Miranda Nehme Group and QCell, on Monday held a day-long Google Map Making training for government organisations, NGOs, the private sector, schools among other companies, at the QCell head office on Kairaba Avenue.
Speaking to reporters shortly after the training, Momodou Semega Janneh, a top map maker in the world, said the aim of map making is to help highlight areas like towns, villages, hospitals, police stations and other important areas.

The reason why he did mapping was to see that The Gambia is mapped well as any other country in the world, he said, adding that he ventured into Google Map Maker in 2009 when he was trying to locate his home village on the Gambian map.

Mr Janneh added that he has done a lot of mapping in The Gambia up to Dakar, Senegal, saying he had also done Map Making in other countries like Guinea Bissau, Guinea Conakry and Sierra Leone where he was identified as one of the top map makers in the world.

He stated that one of the challenges they encounter is the image quality, because they try to improve day by day.

He also urged Gambians to take up Map Making, saying: “It is not difficult as people think.

He noted that any organisation, institution, school or company that is interested in mapping can e-mail him at sanyangfishing@gmail.com or better still e-mail Miranda Nehme Group at mirandanehme@ganet.gm.

He also said there would be a web-site to be set up by Google called Gambia Mappers.

He thanked QCell for providing the premises and the Internet connection and also for making the day possible.

He also thanked Miranda Nehme, an International Education Consultant and Placement Services, for consulting all the relevant departments and for encouraging them to send in their representatives to the training.

He concluded by thanking Evans Arabu for coming all the way from Kenya to also help in the training and also all the departments that took part in the training.

Speaking earlier during the opening ceremony of the training, Miranda Nehme welcomed the participants to the training, saying the “training is a step in the right direction”. 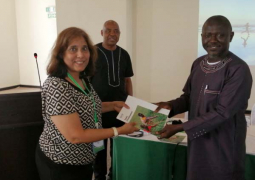 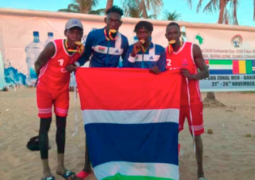