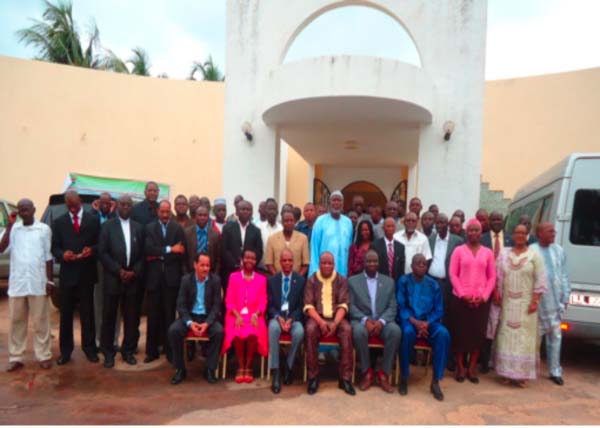 CILSS has convened in Banjul a three-day “regional consultation on agricultural and food prospects in the Sahel and West Africa,” which got under way Monday at the Ocean Bay Hotel in Bakau.

CILLS is the French acronym for the Permanent Interstate Committee for Drought Control in the Sahel, and the forum brought together participants within the sub region.

Hosted by the Planning Services Unit under the Ministry of Agriculture in Banjul, the aim of the meeting is a mid-term review of the 2014-2015 cropping season, including to evaluate agricultural and food prospects.

Declaring the meeting opened, the deputy permanent secretary at the Ministry of Agriculture and national CILSS coordinator, Assan Jallow, announced that “Vision 2016 is the flagship programme for the Gambia’s agriculture sector.”

“CILSS has a key part to play in the implementation of Vision 2016; therefore this meeting being held in Banjul is timely,” he added.

The CILSS meeting in Banjul “constitutes an important stage in the monitoring of the food situation in the Sahel, in particular, and West Africa, in general. In fact, it makes it possible for CILSS to fully play its role as a permanent monitoring system for the sub-region, and thus providing a more adequate and coordinated response to our food security concerns,” Jallow further stated.

He pointed out that the presence of FAO, FEWSNET, WFP, USAID and the EU among others in such CILSS meetings, as well as the participation of the national technical structures of CILSS and ECOWAS member countries during these regional meetings, as well as during the annual joint evaluation missions on food production, are key in strengthening the credibility and reliability of the results presented during the consultations.

DPS Jallow noted that this meeting “is being held in a period characterized by a mixed cropping season, following late onset of rains in most of our countries.”

He said this situation calls for “permanent vigilance so as to ensure that actions such as early warning, identification of the possible risk zones, as well as targeting the populations affected is taken in a timely and efficient manner.”

The purpose of this mid-term review “is to identify areas at risk of low agro-pastoral productivity, and provide quantitative trends (figures) for the 2014-2015 harvest prospects, based on optimistic and pessimistic case scenarios.”

It is also an occasion to update the evaluation of the agricultural and food conditions in each country, and to identify risk-zones, that is, those that are likely to be affected by climate hazards.

This will help both states and their partners to immediately start thinking of the mechanisms and arrangements to put in place for providing support, according to DPS Jallow.

He said this information system that CILSS has been leading for over two decades has enabled countries in the sub-region to have a standing consultative framework helping them better understand food and nutrition security issues.

“Since then, no major crisis has taken our region by surprise, thanks to the food crisis prevention and management tools developed by CILSS, with support from its partners,” he said.

“The Gambia is very appreciative of the immense efforts by CILSS and its partners in assisting our states to cope with the vulnerability to food insecurity,” Jallow declared.