Muhammed Jammeh opened the score line for Canon FC in the 31st minute of the game from a brilliant header after capitalizing on Foday Saidy’s cross.

Prince Koko levelled the score for Abuko United in the 54th minute of the game after heading Bakary Njie’s free kick into his own net.

With two minutes remaining on the clock, defender Pierre Sylva levelled the score for Abuko United from a spectacular set piece, thus the game ended 2-2 resulting in post-match penalty kicks which ended 5-4 in favour of Canon FC.

In the 3pm kickoff, of the same day and venue, Juventus FC beat Milan FC by 7-4 on post-match penalty shootouts after also drawing 2-2 on regulation time.

Speaking to reporters shortly after the game, Kebba Sanyang, a member of Canon FC technical staff, said he had full confidence that they were going to win the game because in the history of the two teams, Abuko United has never been a problem for Canon FC.

“Abuko United always knock the ball from the midfield to the flanks because they have very fast and skillful players and we came up with a defence approach to stop them and rely on counterattacks because we know we also have fast strikers and it worked well for us,” he stated.

“Their four defenders are very experienced but not fast and that was what we capitalised on because we have fast strikers,” he added, noting that there was no pressure on their bench when Abuko United came from back twice to level the score because they knew they were going to win when it comes to penalty kicks.

“We do not underrate any team but we are ready to face any team that come on our way in this competition,” he stated while urging the fans of the team to show discipline during the tournament as well as continue their support towards the team.

Kebba Jammeh, head coach of Abuko United, said he was disappointed with the score but added that they were unlucky to win.

“We were fully prepared for this game,” he said, adding that they have one of the best teams in the zone.

“I did not expect that we will loose on penalty kicks because the one who lost his spot kick is our penalty specialist,” he added, saying they would go back and rectify their mistakes against the next Nawetan competition.

He concluded by urging the fans to accept the defeat and rally behind the team during the Nawetan tournament. 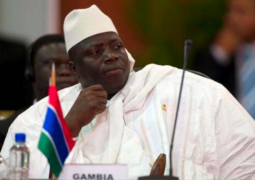 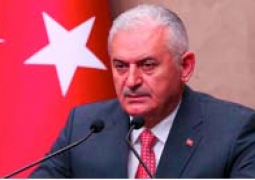