The Kombo South Youth Committee in Western Region has embarked on a massive sensitization campaign among the young people of the district to form youth committees.

The campaign, whichstarted in Kartong last Saturday, was aimed at forming youth committees in all the 55 villages of Kombo South thus reducing the load on the District Youth Committee so as to better coordinate the activities of youths.

Speaking on the occasion , the chairman of the Kartong Village Development Committee, Omar S.B Jabang, welcomed the youth of Kombo South with initiative and urged them to keep up the momentum.

He challenged the committee to accept positive criticism as they will be dealing with different kinds of people in doing their work. He said development goes with certain difficulties before success.

Speaking earlier, Mr. Dembo Kinteh of Kairasu, sole sponsor of the campaign, asked the youths of Kombo South to unite to achieve their development goals.

He called on the communities and authorities to support and encourage the youth for them to succeed as the youth is the backbone of any nation.

The chairman of Kombo South Youth Committee, Mr. Malang Fatty, said the formation of this village youth committee is a constitutional right for all. He said the aims and objectives of the Village Youth Committee are a constitutional right for all and he also said that the aims and objectives of any Nation are to empower, development and capacitate its youth for the welfare of the whole nation. 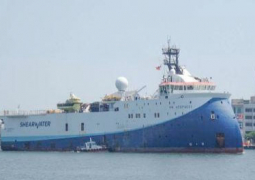 HOME AFFAIRS: A chat with Oustass Ceesay on I’tikaaf