An international Burundian musician, Jampara, is on preparations to work on a new album, as well as to embark on a musical tour of Sweden by the end of this month, Entertainment was reliably informed by his manageress in an e-mail message. Musician Jampara, who travels worldwide, including to The Gambia, focuses more on reggae music.

Profile of Jampara
Jampara formed his Batalion band in 1988 when he went to Jamaica, where he met Aston Familyman Barret, the leader of the legendary Wailers. Jampara made two albums with the Wailers in Jamaica, the first one called Tolerance, which was released in 1990.

In 1993, Jampara and Aston Familyman Barret started talking about forming a new reggae band. Soon after, Jampara was looking for a bass player, and was lucky to find one in the form of Robby Skipper.

The Batalion as a band was born originally, and it comprised five people including Ras Jampara as the lead singer and solo guitarist. Now the Batalion performs mostly with 12 to 13 musicians with changing additions to the core of the band.

The Batalion?s first gig was a double bill with Burning Spear at the Paradiso in Amsterdam (Netherland) in 1995. In 1999 Jampara and the Batalion went to Jamaica to record the second album with the Wailers. The album was entitled Beyond The Sun.

Since the year 2000, Jampara combined his love for reggae music with his Burundian roots, which makes this not only a music performance, but a unique experience because of the Brundian drummers. 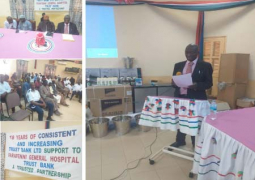