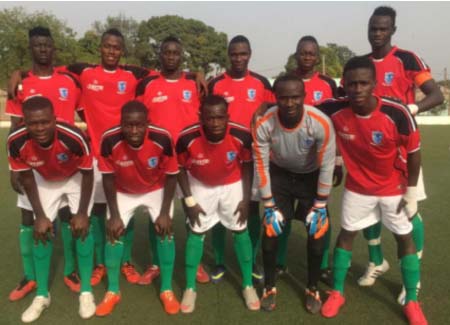 Brufut United will be aspiring for revenge against Bombada in the 2016-2017 Gambia Football Federation FF Cup.

The Brufut-based outfit will play against the Brikama-based outfit in the FF Cup second round fixtures for a place in the next round.

Brufut United will be contesting for revenge after losing to Bombada on penalties in the 2015-2016 FF Cup.

Bombada, on the other hand, are hopeful of beating Brufut United this season to increase their chances of lifting the FF Cup title after losing to rivals Brikama United 1-0 in the final last season.

Previous:
WILL THE NEW PARLIAMENT ADVANCE EDUCATION IN THE GAMBIA?
Next:
D50,000 to be dispensed in Pentagon Promotions’ Gunjur got talent Competition