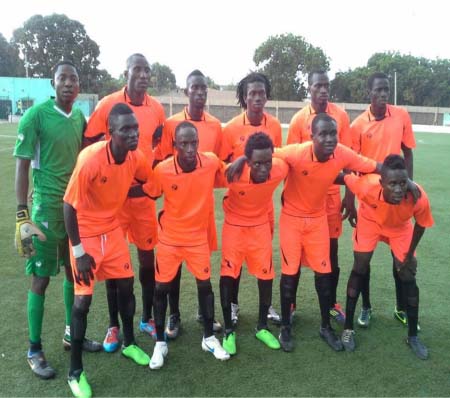 Brikama beat Bakau 3-2 in a well-contested super nawettan final game played at the Serrekunda East Mini Stadium last season to claim their first-ever super nawettan title since the inception of the championship in the 90s.

Brikama will use the friendly game to prepare themselves fit morally and physically for the championship as well as keep their hopes of retaining their last year’s super nawettan crown.

The Senegalese outfit is currently embarking on a massive pre-season training in the country ahead of the new Senegalese premier league season set to get underway later this year.

The visiting Senegalese premier league outfit were held to a 1-all draw by Serrekunda East Zonal team in a tightly contested international friendly game played at the Serrekunda East Mini Stadium on Friday.

The 2013 Super Nawettan zonal competition is expected to be bankrolled by Skye Bank Gambia Limited.

The sponsorship deal is part of the bank’s contribution towards the development of football in the country.