Brikama United opened the scoring through winger Basaikou Jawneh in the 34th minute of the game from a brilliant strike to give his side the lead.

Samger responded through out-of-form Buba Jallow, aka Melez, who cancelled the in-form Western Region's lead when he hammered in the 40th minute from a penalty spot.

Foday Trawally netted the winner for Brikama United at the stoppage time after scoring from a spectacular strike to give his side all the maximum points at the helpless Samger's expense.

Other results at the weekend saw Bakau United held to a 1-1 draw by struggling Africell side in the all-Bakau derby played at the Serrekunda East Mini-stadium.

There was, however, another derby between Real De Banjul and the newly promoted side Young African that ended 1-1 at the Banjul KG5 Mini-stadium.

Elsewhere, Armed Forces drew 1-1 with struggling Interior team in the other week nine fixtures played at the Serrekunda West Mini-stadium.

The bottom place holder is Ebrima Manneh and his Interior side, who are still without a win and are nicknamed ‘the draw specialists’. By Lamin Darboe 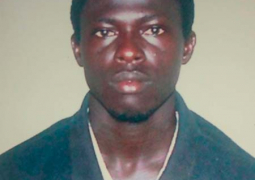