Saja Darboe a resident of Brikama has to face the full wrath of the law after being convicted for criminal trespass and assault causing actual bodily harm.

Brikama Magistrates' Court presided by Magistrate Kayode convicted and sentenced Saja Darboe to a fine of D500 in default to serve two weeks imprisonment and in count two, the convict was sentenced to a mandatory jail term of one month for assaulting one Sally Drammeh.

Following his conviction, Mr Darboe pleaded to the court to temper justice with mercy before sentencing him severely. He pleadingly said that it was not his intention to enter the complainant's tele-centre and make a call without paying, but after "I made the call I searched my pocket to pay the complainant but could not  find my money". Therefore, "I asked the complainant to allow me go home and bring her money" but the complainant insisted not to, and later picked a stick and started to hit me.

The Presiding Magistrate ruled that he was not convinced that the convict had shown any remorse after slapping the complainant inside the Charge Office of the Police Office in front of a police officer and sentenced him accordingly. 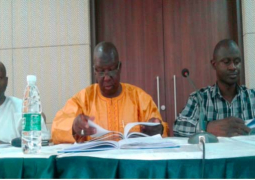 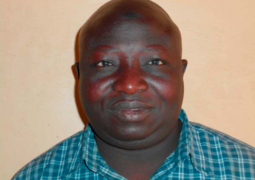 OPINION: CORRUPTION IS AN OBSTACLE TO ACHIEVING NATIONAL DEVELOPMENT PLAN 2018/21