Black Pool opened the scoring through Brikama United’s striker Ebou Cole in the 33rd minute from Nabi Darboe`s cross to give his side the lead. Moments later Black Pool found themselves 2-0 ahead in the 50th minute when Nabi Darboe extended their lead from a brilliant strike, which dashed Nema United’s hopes of coming back on their feet.

Bunja Samateh sealed the victory for Black Pool in the dying minute of the game from a clinical finish to give his side the maximum points at the expense of Nema United. Black Pool are now on the verge of reaching the next round of the Brikama Nawetan.

Though fought hard for an equalizer and created some goal-scoring opportunities, Nema were unable to break through Black Pool’s solid defence line thus the game ended 3-0 in favour of Black Pool. 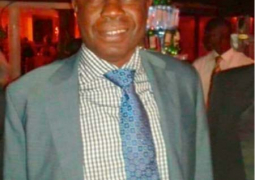 Amie’s Fashion and Style Shop on the spotlight