First of all we would like to congratulate the baby U-17 Scorpions for their impressive victory as champions of Africa for the Youth Tournament.

Our thanks also go to the supporters including the chief supporter, President Jammeh, for motivating the boys by giving them each one million dalasi (D1m). This is the first time in the history of Gambian football for footballers to receive this level of reward.

Many could recall that in the 1960's, Gambian footballers used to travel to neighboring countries like Senegal, Bissau, and even Mali by road on board buses, Land Rovers and lorries, and had only D30 as overall pocket money. In 1962 the national team won the Kwame Nkrumah Cup, a sub-regional event but received no cash rewards. In February 1979 in Monrovia, The Gambia played against Liberia in the final of the President Tolbert Fraternity Cup hosted by Liberia, and they lost by 1-0. The team returned home, and each received a D100 (One Hundred Dalasi) reward.

For President Jammeh, we are saying a big thank you for having the development of sports and football in particular as a top priority. The private sector should also be seen to come in, as others have done in the just concluded tournament.

As we now prepare for the World Cup which is scheduled from the 24th October to the 15th November this year in Nigeria, we should prepare the team earlier by giving them all the necessary support they need. Every Gambian and even non-Gambians who can afford it should also contribute their quota for the success of our boys in the world cup in Nigeria.


"Some people think football is a matter of life and death. I don't like that attitude. I can assure them it is much more serious than that." 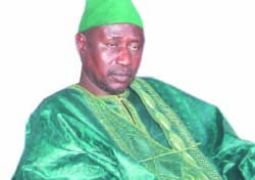