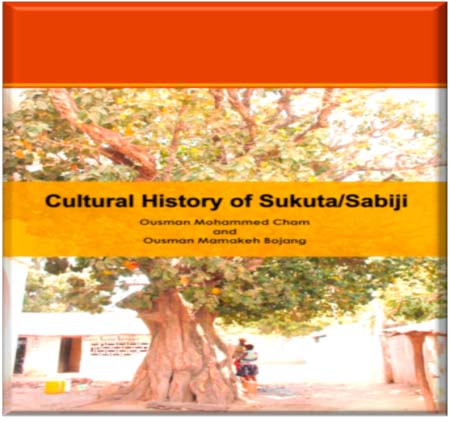 The book on the Cultural History of Sukuta/Sabiji documenting the 361 year rich history and the heroic past of the people of Sukuta/Sabiji authored by Ousman Mohammed Cham and Ousman Mamakeh Bojang, will be launched on Saturday 9th April 2016 at the Sukuta Upper Basic School.

This book epitomizes the town’s rich historical landscape, cultural rectitude, population movements and other significant developments in what is today modern Sukuta/Sabiji across time and space. It provides the historical context for a better understanding of the dynamism of Sukuta/Sabiji’s interplay of a socio -cultural, political and economic milieu.

Mrs. Amie Bensouda, a legal luminary will launch the book which will be reviewed by Mr. Hassoum Ceesay of the National Centre for Arts and Culture (NCAC).