Lamin United sealed a place in the GFF second tier after thumping Jambanjelly United 2-0 in the all-West Coast Region derby game played at the Brikama Box Bar Mini Stadium on Monday to top the third division triangular qualifiers standing, after their demotion to the third division in 2012-2013 season.

The victory has earned Lamin United top spot in the 2014 GFF third division triangular qualifiers table with 7 points in four games and will fight tooth and nail to win their games to remain in the second tier.

The draw has earned Blue Star FC second position in the GFF third division triangular qualifiers standings with 5 points in four games and 2013-2014 is their debut appearance in the country’s second tier.

They will be hoping to win their games to stay in the second division, while Jambanjelly United, Latrikunda United and Lions of Banjul will now hang their boots till next season.

Speaking to Pointsports shortly after qualifying his team to the second division league in his first attempt with the squad, Yunusa Badjie, head coach of Blue Star FC, thanked Allah the Almighty for the success, saying he was delighted with the achievement.

This was their target, he added, saying his boys played very well since the commencement of the qualifiers through to their final game.

Carrick, as he is widely called, stated that he was not surprised booking a place to the second division as he knows the quality of players he has at his disposal.

Head coach Badjie, who guided his team from the Serrekunda East Nawetan qualifiers to the league final in their first appearance, noted that the nawetan comprises so many first divisional players.

“If you are taking part in the third division qualifier, it is almost similar with the first division,” he noted.

With the help of the Almighty Allah and the collectiveness of his team, he said he knew they were going to make it to the second division league.

They are a team that has been in the second division for more than 5 years and has the experience, he went on, saying, let not the people be surprised if he could qualify his team to the first division league in their first appearance.

The club lack financial support, he pointed out, saying someone had to even give them money to buy water to drink for the players during the game against Lions of Banjul.

He therefore appeals for support, as the club is made up of quality future star players who can in the next selection be selected for the various national teams.

He thanked the fans of the club because they have been following and supporting the team anywhere they went to play.

He encouraged the players to maintain the hard work and commitment they have always shown, saying the secret behind their success is oneness and unity among all players and officials. 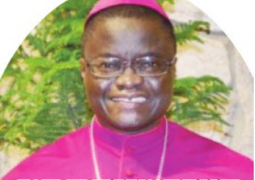 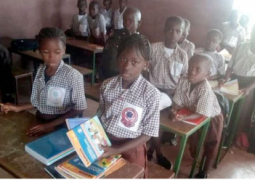