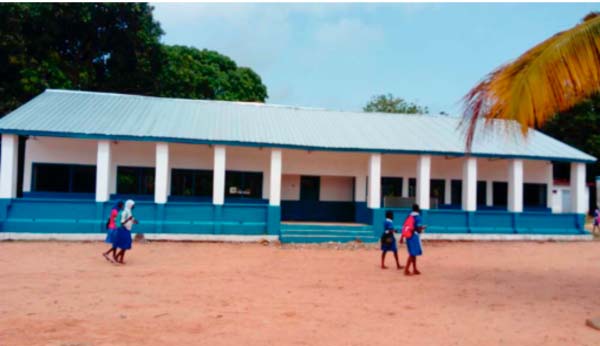 The Bakau Community Project-Diaspora is a nonprofit charitable organisation with the sole aim to undertake self-help projects that provide community benefit and community cohesion through practical operational project.

The organisation was founded by citizens of Bakau, who are currently living in the Diaspora.

Speaking at the handing over ceremony, the principal of Bakau LBS, Ash Njie, thanked the organisation on behalf of the school.

She said the school needs maintenance as it was among the oldest schools in The Gambia, adding that when he first came to the school there was no school gate and a garden.

For his part, Ismaila Bajo, one of the founding fathers of the BCP, said as citizens of Bakau, they want to see the school function as it was expected.

He thanked the staff and students of the school and encouraged them to continue their hard work.

Mrs Ndure, the former vice principal of Bakau LBS, said that she noticed that the few years she spent in the school were one of the most remarkable and enjoying moments in her career.

She said apart from the classroom buildings, the school was still facing a lot of constraints.

She thanked the Diaspora team on behalf of the community chairman as their intervention has changed the school a lot.

Mrs Ndure further advised the members of the organisation to be checking on the school occasionally to enable them to see the problems.