The regional Town of in the eastern end of The Gambia has selected a very formidable side to participate in the 2008 bi-annial Nayconf hosted by Farefenni in the North Bank Region.

Prior to their departure to the tournament proper Pointsports made a visit at the High Level Football field to asses the team's state of preparedness for the forthcoming Nayconf.

At the training ground the boys demonstrated a high sense of determination that portrayed their eagerness to put-up a scintillating performance at the football showpiece in Farafenni.

Some of the key players expected to make waves in the game at the Nayconf are Sana Mendy, a physically strong defender. In midfield, the team can rely on a trio of young, skilful and dynamic players namely; Mam Gorr, Hamidou Bah, alias Giggs, and Mutarr Cham. Another player the team can lean on as their goal scorer is the prolific goal machine Ba Cherno.

Musa Sanyang, a member of the coaching team, was seen on the ground dictating some techniques to the players and showing the players basic skills necessary to transform the players into semi professionals.

Most of the players who talked to Pointsports expressed confidence that they will perform well at the 2008 Nayconf in Farafenni.

Taking into consideration their state of preparedness, both physically and mentally, the boys are a force to be reckoned with and with the confidence demonstrated will pull off surprises at the tournament.

The Regional Coach for Basse, Mr. Badou, said that his team is well supported by the Area Council and the Local Organising Committee. Coach Badou went further to say that "to whom much is given much is expected". He added that in this vein, they are ready to give their utmost to come home with some prize. 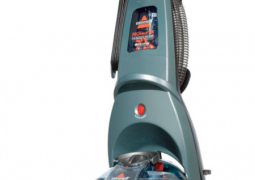