In a bid to sensitize the populace more about its Youki products and uplift the image of the company and its products, Banjul Breweries recently signed a one year contract with famous Gambian musician Jaliba Kuyateh and the Kumareh Band.

With this new deal, Banjul Breweries Limited, the home of Vimto, Cocktail and Malta among other beverages, will sponsor a new album by Jaliba Kuyateh entitled Youki to the tune of D250,000. The album will also feature a song about Banjul Breweries and its products.

The Youki Brand, a product of Castel Groupe in , who owns about 50 breweries around , is among other things aimed at meeting the expectation of the seemingly increasing consumers of Banjul Breweries products.

Apart from Vimto, and others, Banjul Breweries now have in their flavours, the Youki Grapefruit, which is exactly like the old bitter lemon. The company also has the Youki Pineapple, which is a new flavour, the Youki Lemonade, which is a bit sweeter and Youki Soda water.

Speaking to our reporter at his office, Borri Darboe, Sales Supervisor and Administrator Customer Service Department Banjul Breweries Limited, said the album Youki to be produced by Jaliba Kuyateh is dedicated to the Youki family.

According to him, this was done due to the fact that the company has seen the love that Jaliba have for this country and that they have seen in him, the potential that he can help a great deal in promoting our products.

Describing Jaliba as a patriotic Gambian, Borri noted that Banjul Breweries Limited will always go in for the best so as to satisfy Gambians.

He said Banjul Breweries products are exceptional to other manufacturing industries in the country as their products are of international standard and the company always endeavors to give its customers what they want.

Darboe stressed that partnering with Jaliba Kuyateh is a step in the right direction in the sense that Jaliba is somebody who entertains, educate and informs the public. "So partnering with him is something Banjul Breweries feels it necessary and it will go a long way in enhancing the image of the company and its product as well as create awareness in the society about the Youki products," Darboe added.

He stated that Banjul Breweries always wants to associate itself with excellence and Jaliba is an excellent musician not only in the but the entire Sub-region. He described Jaliba's instruments as one of the best.

Darboe further revealed that Banjul Breweries made and agreement with Ocean Grafix, an advertisement agency to bring to the doorstep of the Gambian people, the Champions League football matches, which are featured on GRTS every Tuesdays and Wednesdays.

He added that Banjul Breweries deems it necessary to contribute their quota in certain important events in society. He noted that the partnership with Jaliba will help sensitize the populace about the Youki products as this will further help uplift the image of the company and it products.

He added that with Jaliba, people will be able to know about Youki and what it is all about, noting that Youki is not only a refreshment but a medicinal product with lots of benefits.

He underscored the company's commitment to youth development, stating that the company felt the need to assist the youth of this country.

He further stated that Banjul Breweries is not only making profits but ploughing back these profits back to the people, adding that the company is delighted with its customers. 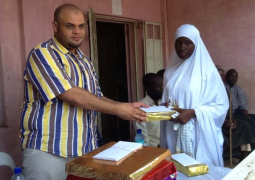 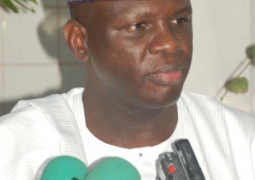