Set up 11 years ago to help needy and underprivileged Gambians, Yagana World Foundation, whose intervention is multifaceted and includes areas like health, education and agriculture, has impacted positively on the lives of many people in The Gambia, with projects in different parts of the country.

The organisation, in collaboration with a Gambian organization called Nailerr Foundation, started the garden project one year ago, which was initiated by a corporation of about 40 women from Fass Njaga Choi.

Vegetable garden is a very important aspect of the assistance strategy of Yagana World Foundation and Nailerr Foundation. It was initiated to improve food production and income for the people of Fass.

In February this year Yagana World Foundation, under the leadership of Dinemarie Langereis, handed over a new pumping machine, a generator, wheelbarrows and pipes for distribution of water, to the water reservoirs and high quality seed plantations.

The success of the gardening project cuts across fighting hunger and poverty; it also includes the establishment of small businesses by the women.

At the moment, the women are already making savings from the selling of the vegetables at the market and they hope to buy, in the short run, a corn-pounder machine from their savings, Ms Langereis says.

He also thanked the women community and members of Nailerr Foundation for their hard work, especially Lie Mbye, who stays at the garden for security purpose.

“When the women suffered a big loss just before they were about to harvest in the past season due to cows who jumped over the garden fence and squandered all their vegetables, Nailerr Foundation and the women`s community put hands together and bought new plants and seeds from money they saved from sales of previous harvests, he said.

Both foundations are also trying to raise funds to repair the garden fence to prevent such happenings again.

Dinemarie Langereis also thanked Rijkzwaan-Holland, a world renowned seed provider company, which donated high quality seeds towards the project and all the sponsors who helped in the purchase of the generator, pomp, pipes, garden tools and other implements. 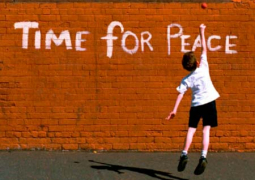