The criminal trial of arson involving one Buba Jammeh continued on Monday 1st February 2010, at the Bundung Magistrates' Court.

Testifying before Magistrate Lamin George, the third prosecution witness, Bakary Dibba told the court that he could recall on 4th January 2010.

According to him, while at the Major Crime Office with other police officers, the accused was brought together with the complainant. He added that they visited the scene of the alleged crime where the complainant led them to the bathroom and shown them the mark of the petrol on the ceiling, and the place where the accused allegedly climb.

Office Dibba finally told the court that they also visited the accused's house but found nothing there, adding that the accused when interrogated denied committing the act. 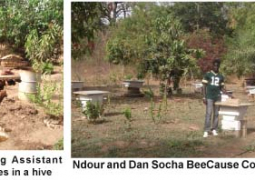