The community of Old Jeshwang in the Kanifing Municipality last Thursday 30th July 2009 benefited from a newly built market, worth D 2.7million.

Officially inaugurated by Hon. Ismaila Sambou, the Minister of Local Government and Lands, on behalf of President Jammeh, the new market also have a capacity of 360 tables, 40 canteens, 12 toilets, a mosque, car pack, among other facilities.

In his inaugural speech, the Local Government and Lands Minister said that the newly built market would enhance the economic emancipation and empowerment of the people of the municipality.

Minister Sambou, however, noted that women have been operating in makeshift structures under the hot sun and rains, in their struggle to make ends meet for their families, adding that the market is a demonstration of the achievement of the 22 July Revolution.

He commended the Kanifing Municipal Council for responding to the call of the community. The government, he said, through his ministry will ensure that revenue collected by the Council are spent judiciously for the entire benefit of the taxpayer.

For her part, the National Assembly Member for Jeshwang, Hon Haddy Nyang- Jagne underscored the significance of such development in her area.

The Jeshwang parliamentarian also told the gathering that the Gambia is rapidly developing in terms of socio-economic development, and lauded President Jammeh for his support to Gambian women.

Speaking earlier, Yankuba Colley, the Mayor of the Kanifing Municipal Council stated that his Council is a service delivery institution and not a profit-making body. He said they seek to fully ensure that 60% of their annual revenue is ploughed back into capital expenditure to cater for social services and local infrastructural needs of taxpayers.

Mayor Colley used the occasion to urge residents of the area to take great care of the new market, noting that his Council is committed to provide vital social services. He said his Council is also aware of the dire need of a decent market in the area. 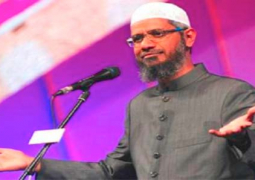