Adama Ceesay, plaintiff, dragged his former employer, Ascot Global, to the Kanifing Industrial Tribunal for wrongful termination of his services.

In his testimony, he told the tribunal that he lives at Lamin and was the IT manager of the defendant, adding that the proprietor, Michael Martin, is the CEO of the company.

He was employed on 1 July 2011, as IT manager, stating that he was responsible for all IT related issues, including computers and computer accessories.

He testified that he was responsible for installation of electronic bill boards, adding that in June 2012, his boss came to his office and told him that his service was no longer needed.

He further testified that he was never given a termination letter, adding that before he left his office, his boss told him to write to him and tell him the number of months he should be paid for.

Still testifying, Ceesay told the tribunal that he agreed and his boss gave him conditions before he gave him two months’ notice: that the plaintiff had to submit his office key to admin department, 12 CDs, user names and password of an electronic car warning system to the office.

He further adduced that he submitted all these items to the admin department, to one of the admin staff called Jainaba Jobe, who admitted and signed that he returned all the items.

He said his boss refused to pay him his notice after surrendering the items, stating that his boss, through an email, told him that he could take him to court or the police if he wanted.

He further testified that this had implied that his boss did not want to negotiate.

Under cross-examination, he said he agreed with his boss to be paid three months’ salary which would have amounted to D30,000, as his monthly salary was D10,000.

He stated that he went to the tribunal because his boss failed to pay him three months’ salary as the two of them had agreed.

He further stated that he worked for his boss for almost a year, adding that he was not given the period of the contract when he was employed, but he was always requesting for it.

The defence counsel told the tribunal that they were not going to call a witness, but he would make an application for the case to be dismissed.

He said the plaintiff was not entitled to a six-month notice, adding that no contract had been breached by the defendant and all parties were working to reach an agreement.

He further stated that the defendant had commenced payment, based on the agreement.

He argued that there was no agreement on the interest of 30 per cent claimed by the plaintiff.

He urged the tribunal to dismiss the case.

He stated that he was convinced that the defendant intended to pay him only one month’s salary.

He said that the defendant never communicated to him concerning other payments.

He argued that for breach of contract, the defendant never gave him the reason, either verbally or in writing why his service was terminated. 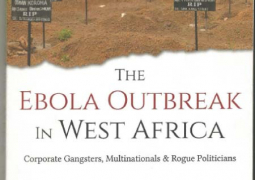