Armed robbers attack shops in NBR, get way with over D500,000

The village of Kerr Gumalo in Central Badibu, North Bank Region, was attacked by armed robbers on Thursday 2 March 2017.

“In the operation, the PIU post in the village was the first to be attacked,” according to police PRO Foday Conta.

The robbers then proceeded to the shopping area, where they broke into two shops owned by Mauritanians - Seedy Muhammed Salleh and Muhammed Lamin Hydara.

“There were three victims of the robbery attack. They include a PIU officer, Seedy Muhammed Salleh and Muhammed Lamin Hydara, all of whom sustained injuries and are admitted at the Farafenni General Hospital.”

A case file was opened and investigations are ongoing to trace the suspects to face justice, PRO Conta told The Point.

“Furthermore, the Office of the Inspector General of Police hereby urges the general public to be vigilant and report any suspected crime, so as to make The Gambia safe and secure for all.” 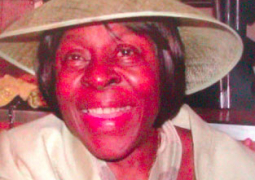