The recent fatal accidents on our roads is a cause of concern. Just last week, the nation mourned three victims, who died after a road accident somewhere in Kiang.

It is being reported in the news about another fatal automobile accident involving a Sprinter and The Gambia Transport Service Company (GTSC) bus on Wednesday. Three people have been confirmed dead, with twenty others currently receiving treatment at different hospitals.

The accident occurred at a critical junction between Bureng and Sinchu Njengundy in Jarra East, LRR.

What is more worrying is the recent surge in the number of fatal accidents. Let’s face the fact, sometimes those who are not fit to hold our national driving license, are the ones being issued. It is fact, some of the drivers on our roads didn’t even undergo any formal channel of acquiring license, but because they have a relative in authority, who did the process.

Accidents on our roads are becoming too much and it is time we treat it as a national issue. Hardly, a day passes without hearing another sad story along our roads.

Most of these accidents are as a result of over speeding. It is high we intensify our advocacy on the selfish and care free attitude of some drivers on our roads. The killings on our roads must to stop now. Both The Gambia Police Force and the public have a role to play in making this a reality.

Yes, most of these drivers are in their young ages, but that should not give any one the lines to kill or cause injuries to people and go scot-free.

Therefore, the Mobile Traffic Unit under The Gambia Police Force should henceforth scrutinize thoroughly the types of individual fit to hold the national driving license.

Drivers should also drive with utmost care and focus, because the lives they save may be their own.

Careful driving is very important to prevent such fatal accidents. It is important for all those involved in motor vehicle traffic, in particular the drivers to exercise caution in order to safeguard lives.

We do not need to remind anyone that good roads have been created to ensure smooth traffic for an accident-free society. The government on its part has done a tremendous job in this regard by introducing certain traffic laws like the ban on talking on a cell phone while driving, making use of seat belts compulsory, speed limit for driving in town, and a host of others.

Despite all these, it is rather unfortunate that some drivers flout some of these traffic rules, especially in places where there are no traffic police in sight. Thus, while driving, they exceed the speed limit, use their mobile phones, and sometimes even overload their vehicles.

We hope that drivers obey traffic rules; we also urge them to make sure that the treads on their vehicle tyres are good. This is very important because tyres that do not have proper treads are likely to skid during the rainy season.

‘‘I compare it to being in a car accident. There’s so much adrenaline rushing through you that you remember being in the accident but you don’t remember any of the details.’’ 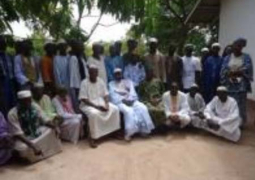