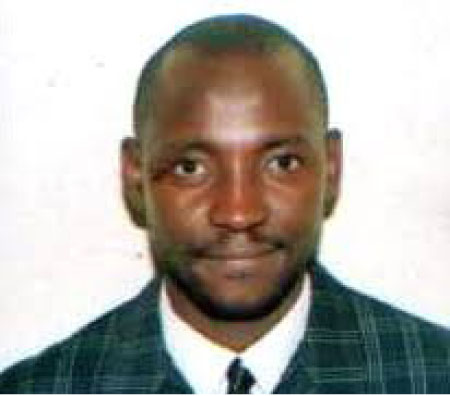 As 2019 drew to an end, one of the most important and biggest stories that ran in the Gambia was arguably the start of work by the tiny West African country’s Truth, Reconciliation and Reparation Commission (TRRC), which gave hope to the many victims of the dictatorship of Yahya Jammeh, who lost power in 2017.

The TRRC started hearings on 7 January 2019 after its establishment through an act of parliament in 2018.

Its main task is to look into the alleged massive human rights violations committed during the 22-year-long dictatorship led by former president Jammeh.

The probing body has since January continued to make revelations and hearing testimonies from individuals who have alleged links to the massive human rights violations carried out under Gambia’s former dictator.

As such, victims of the Jammeh dictatorship and their families are now having a glimmer of hope towards having justice in the killings or disappearances of their love ones or at least have closure for the many unresolved cases of killings, torture or other rights violations that happened under Jammeh’s watch.

A case in point is the unresolved killing of Deyda Hydara, the former Managing Editor of the Point newspaper, who was gunned down in December 2004.

Hydara was a prominent Gambian journalist and press freedom advocate who was killed on the night of 16 December, 2004, while driving home with two of his staff: Ida Jagne, a typist, and Niansarang Jobe, a layout editor.

The killing incident coincided with the 13th anniversary of The Point, a leading national newspaper he co-established and edited.

Fifteen years on since Hydara’s killing, no one has been brought to book.

Meanwhile, this year’s anniversary came on the heels of voluntary public confessions made by some of his killers, one of whom included Malick Jatta, a member of Jammeh’s hit-squad, who had told TRRC that ex-president Jammeh ordered the assassination of Deyda.

The code name of the operation was ‘The Magic Pen’. Since his forced exit in 2017 after he refused to step down following elections, Jammeh has been living in exile in Equatorial Guinea.

Some of the people who took part in the operation are also in exile while others have been released after their testimony was heard by the TRRC.

In June 2019, a dramatic incident occurred when TRRC ordered the arrest and detention of former Junta member, Yankuba Touray, for refusing to testify and questioning the legitimacy of the Commission.

Mr. Touray, who served as a member of Gambia’s former Armed Forces Provisional Ruling Council, was dragged to the Commission but he refused to take an oath so that he could start giving testimony on matters relating to July 1994 coup and the attendant dictatorship which lasted over two decades.

He refused to cooperate with TRRC despite later taking oath reluctantly and walked away from the Commission.

Touray, a former Minister and longtime ally of Jammeh, has been adversely mentioned at the TRRC on alleged rights violations.

Meanwhile, during the hearings so far held, dramatic and graphic accounts were made about Jammeh and his misguided style of leadership, depicting his backward and crude political philosophy.

One of those stone age and backward thinking displayed by Jammeh, who got power drunk, was his infamous witch-hunting exercise and fake HIV/AIDS presidential treatment programme.

The TRRC with its startling revelations has so far brought a glimmer of hope to many Gambians who have long argued that nothing much would come out of the 22-year-long campaign of terror, dehumanization and dictatorship presided over by Jammeh, who once said he would rule the Gambia for a “billion years”.

Whether justice will be done or seen to have been done in the case of Jammeh’s numerous victims of human rights violations, time will tell.