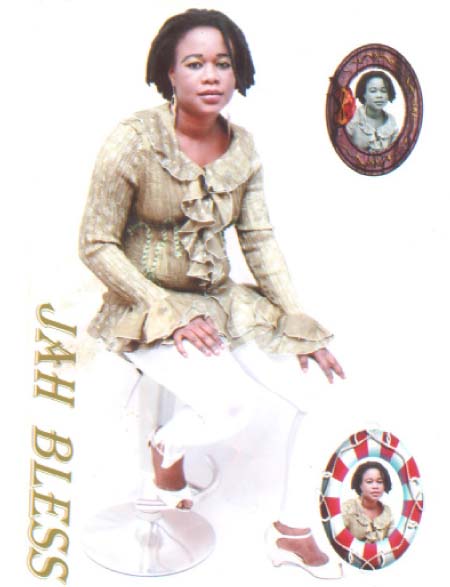 One of The Gambia's leading female vocalists and top-flight artistes, Amie Jah Bless, is poised to take the music buying public by storm by producing another album of life-touching lyrics.

The city born music superstar in the making is busy working and putting finishing touches to the coming album.

Amie, who started music at a tender age, is an emerging star endowed with a soul-soothing voice.

Her music is exceptionally danceable and always contains meaningful and factual messages. Some of the songs she has produced are presently enjoying prime airplay on local radio stations.

Jah Bless is striving relentlessly to put the finishing touches to her second album, which is expected to be a hot and tasty musical meal for the music market and music lovers.

In a chat with Entertainment on Tuesday at The Point offices, Amie Jah Bless said that when the album is out, she would embark on a musical tour of the country.

"The album will comprise both mbalax and reggae songs and it will contain ten tracks," the Gambian rising star said.

The young female artiste also says the album will be available at different recording houses in the country.

She thanked The Gambian leader for taking the music industry to higher heights with wonderful support for Gambian artistes.

She also thanked Mr Samba Faal of BCC for their support her fans and all those who have contributed in one way or to spur her growth in the music arena.