The trial involving one Sankung Ceesay, charged with willful damage to property, Monday proceeded at the Brikama Magistrates’ Court before Magistrate Jagne.

The trial continued with the cross-examination of the first prosecution witness (PW1), Binta Jarju, by the defence counsel, Edward Singhateh.

Asked by counsel who Sankung Ceesay was, PW1 said he was her late husband’s brother, admitting that in the Ceesay Kunda family when the husband dies, the brother inherits the wife.

She also stated under cross-examination that Sankung was asked to marry her after her husband died, but Sankung said he was ok.

It was then put to her that the reason Sankung refused to marry her was due to her unpopularity in the family, but PW1 denied that.

It was again put to her that she did not get along with any member of the family, which was why Sankung did not marry her, but she again denied that.

She said it was a long time since she had returned home, because Sankung drove her out, adding that she was staying with another man she later married to because she had children there.

She said she admitted telling the court that she received a judgement letter from the Cadi Court.

Asked by the defence counsel to identify in the letter where it was written that she and her co-wife were given a house in the Ceesay Kunda family, she responded that she could not identify because she did not go to school.

Counsel put it to her that neither she nor her children were given any house in the Ceesay Kunda family, but PW1 said they were given their father’s house.

It was put to her that her late husband did not own any house in Ceesay Kunda, but the witness denied that.

Counsel also put it to her that the entire compound was built by her husband’s grandfather, but she denied that, saying her husband told her his father built the compound.

It was again put to her that Pa Lalo Ceesay had 28 grandchildren, including her husband, but PW1 said she did not know anything about that.

When Counsel told her that nor grand or great grandchild had a share in the compound, she said the compound was jointly owned but any house built by “your father is yours”.

She said that when she got married she met the husband had already built the house.

The case was then adjourned till 25 November 2013. 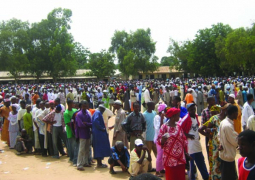 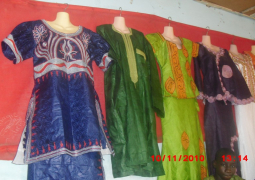