The assault case involving one Ida Mbenga yesterday continued before Magistrate Ibrahim Kijera of the Bundung Magistrates’ Court with the cross-examination of the first prosecution witness (PW1), Binta Charty.

Under cross-examination by the accused, Ida Mbenga, the witness told the court that the accused had assaulted her daughter.

“I was not there, but my daughter ran to me while she was crying, and this was in the presence of witnesses,” PW1 said.

She said that when she asked her daughter to tell her why she was crying, the girl told her she was assaulted by the accused person.

The witness further denied under cross-examination that she had attacked the accused or assaulted her until she fell down and her bra was torn, as alleged by the accused.

“It is not correct that I assaulted the accused after my daughter reported to me that she was assaulted by the accused,” she said.

The witness added that the accused insulted her daughter by telling her that she was lactated by a donkey and not a human being.

She maintained that because of the insult, the accused earlier had a problem with her son. “When she was assaulting my daughter, there were people present,” she stated.

At this juncture, the case was adjourned till a later date.

The accused then told the court that she wanted to hire the service of a lawyer before the next adjourned date, and the court told her that was her right. 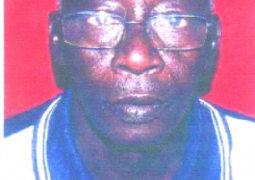