All eyes on May Day Sports tomorrow 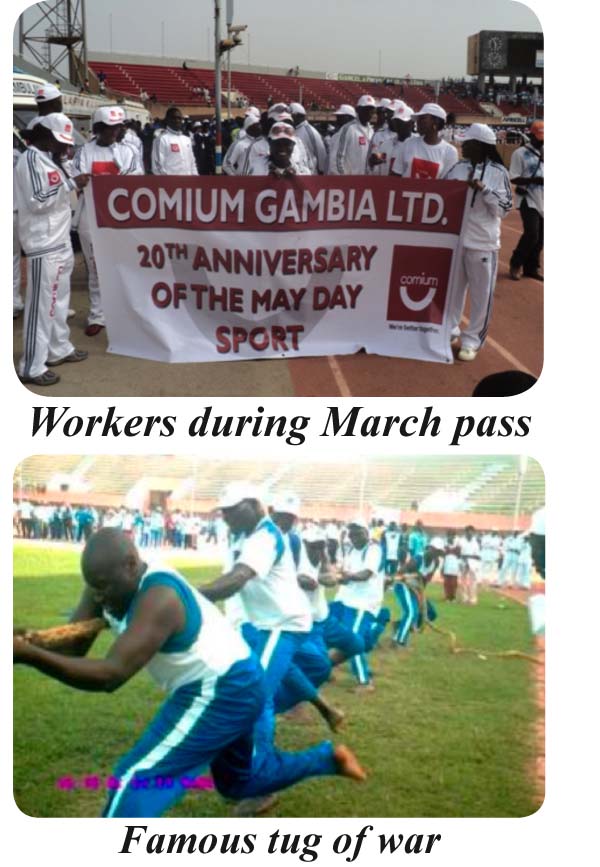 All eyes are set on the 2015 May Day Sports, which is slated for tomorrow, Friday 1 May 2015, at the capital city’s biggest sporting arena - 22nd July Square.

The annual sporting event is expected to bring together workers from different companies and institutions to interact and engage in various sporting disciplines.

The events will start with a march-past in the morning by the Police Band to be followed by remarks by the ministers of Youth and Sports, and Trade.

The event will start in the evening at the 22nd July Square, where companies and institutions will battle with one another in various disciplines such as 100 metres, 200 metres, musical chair, tug of war, crazy pole, the Ministers’ race and the Cabinet race.

The volleyball tournament is currently underway at the Manneh Memorial Court in Banjul organised and coordinated by the National Sports Committee.