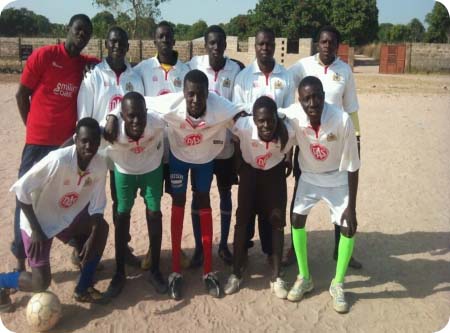 The Association of Gunjur Youth for Community Development (AGYCOD) came from one nil down to share spoils with Gunjur Radio Station Jannehkoto FM, after a 1-all draw in a tightly contested game played at the Gunjur Nyamina Football recently.

The game, organised to foster unity and understanding between the two institutions, attracted spectators within the village.

Both teams launched series assaults at each other’s goal mouth.

Gunjur Radio Station Jannehkoto FM opened the tally through Alieu Jabang, alias Mourinho, midway into the game to give his side the lead.

AGYCOD responded back quickly for an equaliser and created some goal-scoring chances before they levelled the score through Dampha Janneh in the dying minute of the game to share the loot.