The Nation of The Gambia made history again in the wake of the fourth term of elections of the Second republic. Before the elections all citizens and non citizens alike were gripped with election fever. As citizens the pertinent question in mind was who should I vote for?  As a non citizen with the port folio of being observer the question meditated upon was who will win the elections.

Despite all these questionings and speculations, the periods of elections are now over and the winner has taken it all, Sheikh Professor Dr. Alhaji Yahya A.J.J. Jammeh. Those that lost the elections, Mr. Amat Bah and Lawyer Ousainou Darbo could not do anything about it because the majority did not vote for them. As the English saying goes, “majority carries the vote”, the vote has been given to whom the majority voted for.

In the Bible, in 1 Samuel Chapter 8 the people of made a request of God to have a King of their own who will rule them. In ancient then there was no King. The system of governance was such that God was King and he administered the people through prophets. So when they asked for an earthly King, God could not persuade or force them. God succumbed to their request for a King and accepted the wish of the people and granted them a King, Saul (1 Samuel 10:1)

The outward cry and uprising activities of the so called Arab-Spring breathes a breath of change from autocracy to democracy. God in the example of the Bible could have been termed a theocrat but what he exercised by letting the wish of the people to be, made him to be a democrat also.

There is another English idiom that was found originally in the Latin language “Vox Populi vox dei” and this by meaning and translation says “the voice of the people is the voice of God”. The meaning behind this is that in the wish and will of the generality of people stands the wish and will of God. The Lord God hears the cry of the poor (Ps. 91).

Gambians are a believing people who always demonstrate it in whatever circumstance they find themselves. God who is almighty is affirmed in prayer and worship at different times of the day in Churches and Mosques. Most of the time all major activities that characterize the lives of Gambians are associated with God in prayer houses. When someone is born, or wants to get married or even when someone dies the believers gather in Churches or Mosques to offer prayers to God whom they believe and affirm.

Believers are guided by their convictions in God and so Gambians and non Gambians alike should at this time of post elections resort to their faith and live once again normal lives which they lived before the elections.

I would love to conclude this article on Christian Panorama to share some inspiration from my homily on the first Sunday of Advent. During the season of Advent, the expectations of Christians are to be in a situation of preparedness to await the coming of the Lord. The Lord’s coming is imminent but it is only God who knows about when it will be. The Bible tells us that the coming of the day of the Lord will be like a thief that comes in the night.

As we await the Lord’s coming, as Gambians we should not be taken up by our position in the election results.  If we are winners or losers, we should accept the reality and not be living in a utopian world or living in desperation or loosing hope. Winners could have been once losers and losers could be winners in future.

Secondly those who win should not live in a situation of scorning others who loose but should sympathise with them.  Already I heard of and knew of certain mockery remarks that have been passed to the loosing parties.

Thirdly, The Gambia is one country that we all live in. The election spirit should be dispelled and all parties embrace one another. As believers, unity is the answer to our daily prayers for the nation. There is a Christian idiom that says the family that prays together lives together. Therefore united we stand and God will hear our prayer for The Gambia, our beloved home land.

Lastly now that the election verdict is passed, let us come together again to work for the social, structural, political and religious development of our nation.  May God bless The Gambia and its entire people with peace, unity and faith. 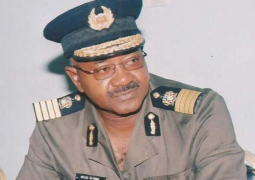