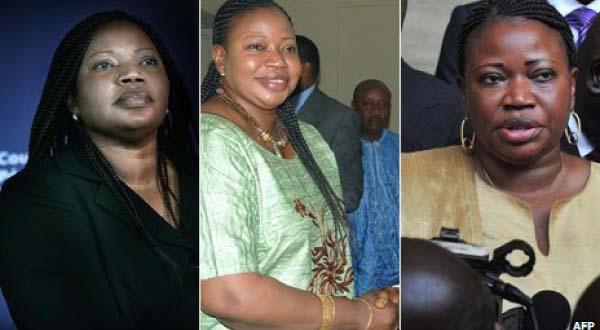 With the African Union (AU) having been a fierce critic of outgoing International Criminal Court chief prosecutor Luis Moreno-Ocampo, it will be hoping for a better relationship with his successor, Fatou Bensouda - the first African to hold a top post at the ICC.

The AU lobbied intensely for the 50-year-old Gambian, endorsing her candidature in June after repeatedly accusing Mr Moreno-Ocampo - an Argentinian whose nine-year term expires next year - of selective justice by only investigating atrocities in Africa.

“Frankly speaking, we are not against the ICC. What we are against is Ocampo’s justice,” AU commission chairman Jean Ping said earlier this year.

“What have we done to justify being an example to the world? Are there no worst countries, like Myanmar [Burma]?”

The appointment of Mrs Bensouda, who has been Mr Moreno-Ocampo’s deputy throughout his tenure, was expected to be unanimously approved at a meeting of the legislative body of the ICC, the Assembly of States Parties (ASP), in New York on Monday.

“The AU has been adamant that an African candidate would be selected, and they got their wish,” writes UK-based law blogger Mark Kesten on the Justice in Conflict blog.

He says the AU’s hand was strengthened by the fact that African countries form the largest bloc in the ASP. Yet the ICC’s various organs - including the presidency and registry - were headed by people from other continents.

“Bensouda clearly satisfied all of the political and merit-based criteria to become the ICC’s chief prosecutor,” Mr Kesten says.

Born into a polygamous family - her father had two wives - Mrs Bensouda is married to a Gambian-Moroccan businessman. They have three children - one of whom is adopted.

“I come from a big family, let’s say it that way,” she said in an interview earlier this month with the AFP news agency.

She told the BBC’s Newshour programme that her African background would give her an additional insight into life on the continent, which would help her perform her new job.

However, she said she had been “proud” to have worked with Mr Moreno-Ocampo and so may not bring a radically different approach.

Mrs Bensouda was once a politician, with President Yahya Jammeh - who took power in a coup in 1994 and is accused of harassing the opposition and the press - appointing her as justice minister in 1998.

But the two fell out and Mr Jammeh sacked her about two years later.

“She was relieved of her duties while she was abroad,” Gambian opposition leader Ousainou Darboe told the BBC.

“She is a fantastic person, and showed genuine concern about human rights issues [in The Gambia].”

Mrs Bensouda’s appointment as chief prosecutor has been welcomed in the legal profession and among non-governmental organisations.

A senior lecturer at the Melbourne Law School in Australia, Kevin Jon Heller, says Mr Cayley would have been an “excellent” chief prosecutor, but Mrs Bensouda was also “very qualified” for the job.

“She offers the best of both worlds - an ICC insider who offers institutional continuity, which will be critical in the coming years, but has a strong, independent voice that has not been tainted by Moreno-Ocampo’s incompetent tenure,” he writes on the Opinio Juris blog.

“Having spoken to numerous individuals involved in the ICC, from OTP [Office of The Prosecutor] staff to legal officers in chambers to defence attorneys, it is clear that Bensouda was the primary reason that the OTP didn’t fall completely apart over the past eight years.”

“I have also had the good fortune to spend time with Bensouda over the past couple of years. She is, to put it mildly, an incredibly impressive woman: smart, articulate, thoughtful (a welcome change from Moreno-Ocampo) and compassionate.”

“He had a media-attracting personality and a propensity to make pronouncements before going through judicial processes,” Mr Ghutto told the BBC.

“The chief prosecutor must not overshadow the court. I think it will now come to the fore.”

The ICC has so far investigated conflicts in seven countries - all in Africa: Sudan; Libya; Ivory Coast; Kenya; Uganda; the Democratic Republic of Congo; and the Central African Republic.

Several of the cases are in court, with a verdict in the first trial - that of eastern DR Congo militia leader Thomas Lubanga - expected early next year.

“For many observers, it [the case] has been going on for too long, but a lot of things needed to be worked out,” says Ms Evenson of Human Rights Watch.

“The two other trials [including that of former DR Congo vice-president and rebel leader Jean Pierre-Bemba] are going much more quickly.”

Despite AU accusations of “selective justice”, Mrs Bensouda is unapologetic about the ICC’s focus on African conflicts.

“We say that the ICC is targeting Africans, but all of the victims in our cases in Africa are African victims,” she said earlier this year.

“They are not from another continent. And they’re the ones who are suffering these crimes.”

Mr Heller says that while Mrs Bensouda will avoid “needlessly alienating” governments, he expects her to vigorously pursue justice.

“From what I know about her, she’ll do what she believes is right - no matter how many feathers get ruffled. So if states think they are getting a shrinking violet, they’re bound for serious disappointment,” he says.

Mr Ghutto says for the sake of the ICC’s credibility, Mrs Bensouda must address concerns that only Africans are being targeted by investigating conflicts in other parts of the world.

“The court has to be seen to be international in the way it operates,” he says.

“Cases must be brought without fear, favour or prejudice.”

The ICC says it is conducting preliminary investigations into eight other countries, including Afghanistan, Colombia and Korea.

Ms Evenson says part of the problem is that many powerful states, including the US and China, have refused to recognise the ICC, meaning that they cannot be investigated unless the UN Security Council - which is a “highly politicised” body - agrees.

“There has to be pressure to get more countries to join the ICC,” she says. 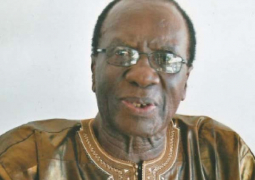 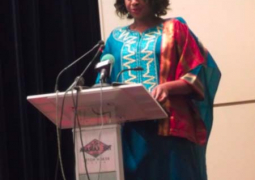