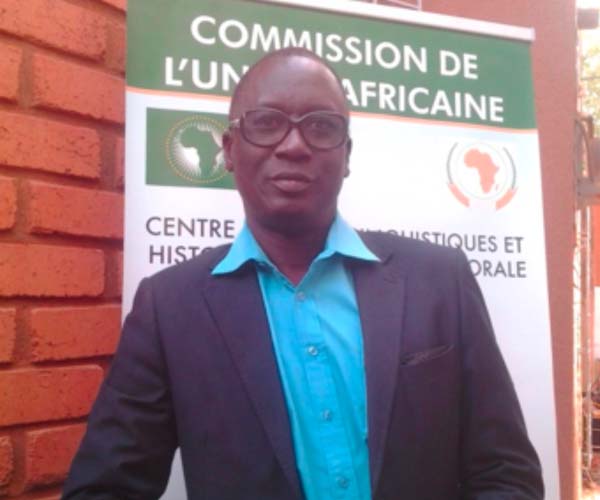 Gambian filmmaker Ebou Waggeh has returned from Burkina Faso where he was invited to attend a seminar organized by the African Union Commission to look at ways of increasing the use of African oral tradition in African cinema.

The 3-day seminar held on the sidelines of the 24th FESPACO brought together African historians, traditionalists, writers, archivists, university professors, researchers and filmmakers and was coordinated by The Centre for Linguistic and Historical Studies through Oral Tradition (CELHTO) in partnership with the West African Museums Programme (WAMP).

The seminar heard 15 presentations made by experts in respective fields. Gambian Filmmaker Ebou Waggeh, the only English speaking member of the team invited, made a guided audio visual presentation showing his attempt at telling an African story through the words and songs of a Gambian griot. He projected footage from his yet to finish video documentary in which he reenacts 12 living ethnic cultural practices in The Gambia using the image, words and songs of a Gambian griot.

In spite of increasing number of African films released in the course of the last twenty years, not many have used oral tradition in telling their stories. The AU believes Africa must overcome the repetitious nature of criticism which has addressed itself to African film in the last 25 years and to make possible the definition of a dynamic aesthetic view of the continent. The lack of enough African film critics who know African traditions, as well as the critical practice of the ethnocentrism of European and American film critics has limited them to evaluating African cinema through the prism of Western language film. They refuse to look at African cinema “straight in the eyes”. By bringing together a group of experts the AU hopes a way will be found to bring about a change to that situation.

Africa is immensely rich in colourful culture and tradition captured in the words and songs of its griots and that is what the AU is encouraging African filmmakers to tap into and put on cinema.This will not only help to educate young people in Africa about the continent’s diverse culture and traditions while providing entertainment but will also preserve images and sounds of the dynamic African culture, for posterity.