The Africa Muslim Agency Friday donated more than 160 bulls to Gambian communities across the country in line with its annual gesture of sharing and caring.

The presentation ceremony, attended by religious leaders, village heads, district authorities, imams and a cross-section of the communities, took place in Banjulinding village.

It based on its concept of sharing with the poor and needy, he said, that the agency secured the bulls for distribution to various institutions and communities across the country.

The donation was given to support needy and poor Muslims, who, he added, are the right people to assist, especially for Tobaski.

"Africa Muslim Agency is here to intervene where and when necessary, in the event that people cannot afford to meet their needs," he said.

Mr Gaye added that helping the poor and the needy should be not only the responsibility of the Africa Muslim Agency, but also that of institutions, companies, philanthropists and well-wishers.

"We should help the poor and the needy in ensuring that their basic needs are addressed in one way or the other," Gaye noted.

He also emphasised the importance of Tobaski, saying it is a day of sharing and caring for all Muslims. "Those who can afford it should help those who cannot, to ensure that we all celebrate this very important event," he stated, adding: "The gesture is not meant for sale but purely for distribution to the poor and needy."

The donation, he explained, came from and , through the Africa Muslim Agency Gambia office.

For his part, Imam Baba Leigh of Kanifing Estate mosque, who is also a beneficiary, said he was delighted at receiving such a "wonderful" donation.

While thanking the Africa Muslim Agency for the "timely gesture", Imam Leigh said: "The gesture will go a long way in supporting the poor and needy during the Tobaski feast since many Muslims find it very difficult to meet their basic requirements."

"This intervention by the Africa Muslim Agency is of paramount importance and this is what is expected from institutions and philanthropists - to come forward and help the poor and the needy."

According to Imam Leigh, the gesture is part of the Islamic solidarity and brotherhood, urging other institutions to emulate the Africa Muslim Agency. 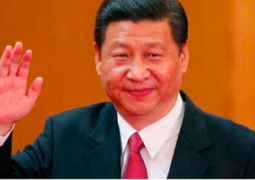