It is from God that we came, and it is to God that we shall all one day return. This is a common saying of Muslims, when someone passes away

It is also often said that it is through death that people are separated from their children, parents, friends and loved ones.

News of the death of John Atta Mills, President of the Republic of Ghana, a politician of renowned  attributes in Africa and the world at large, has shocked many people, not least the whole continent.

It is for this reason that this paper finds it fitting to pen this piece in respect of a fallen hero in African politics.

The late President Mills has contributed immensely to the socio-economic development of his great nation, Africa in general and the world at large.

As media reports have highlighted, he was a man of high integrity, humble, a liberal-minded person who consulted, and peace was his watch-word.

He was known in Ghana as “Asomdweehene” which literally means the “King of Peace”.

He was an academician, sportsman and an astute politician.

John Evans Atta Mills was the only person who has run for President on the ticket of the National Democratic Congress (NDC) for three consecutive times in the history of the party. He won the presidency on the third attempt in the 2008 general elections.

During the almost 30 years of teaching and researching, Prof. Mills served as a visiting lecturer and professor at a number of educational institutions worldwide and presented research papers at symposiums and conferences throughout the world.

His expertise went well beyond the classroom, and was evidenced by the various examiner positions he held with finance-related institutions throughout Ghana.

As an advocate for recreation and an active sportsman and sports fan, Professor Mills has supported the academic community and the Ghanaian nation at large through his contribution to the Ghana Hockey Association, National Sports Council of Ghana, and Accra Hearts of Oak Sporting Club.

The Law Professor loved sports and he was a keen hockey player and once played for his country’s national team, and was still a member of the Veterans Hockey Team.

Such kind of contributions was what marked former President Mills down as one of the great politicians ever to have served the people of Ghana.

He was a man of principle and integrity who had the best interest of the people of Ghana and Africa in particular at heart.

Every politician in this continent should regard him as a very fitting role model.

What a great service the late Mills has rendered unto his country. 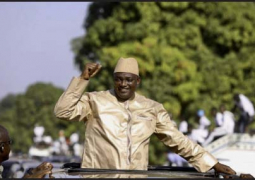 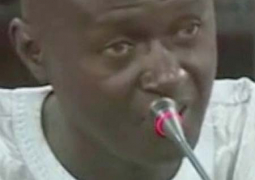