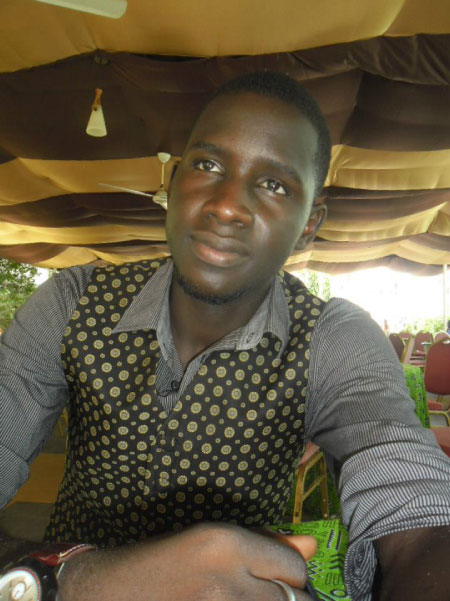 Action Now –The Gambia (ACG), a grassroots environmental organization, is the latest youth-led initiative to join the fight against the environmental problem in the country.

Its national coordinator, Lamin Njie, said they have realised that it is time for all stakeholders and development enthusiasts to take more concrete stand on the fast pace of climate change in the country and beyond.

During the organization’s annual general meeting, he said, there was need for a new, reality-based conversation about climate change which poses a much greater risk on the planet, than originally thought and as a result bringing about development complications in our age.

He said that there’s need to begin a new reality-based conversation on the issue as it portends a new threat on nations, especially on the Least Developed Countries (LDCs).

That said, stakeholders including the civil society have a role to play to adopt best practices and influence the movers and shakers of international policies on the subject.

The young environmental activist noted that his organ ization was formed in August last year to join national and global partners in the fight against climate change as well as defend the environment.

He added that this intervention was also premised on the climate change realities facing nations including the 2011 drought which also triggered a food crisis in The Gambia as well as other Sahel countries.

According to him, climate change has taken a fast and ugly trend bringing about extreme weather events across the world.

“World leaders must understand development reality problems which include high cost of food, unemployment as well as climate change and its effects on the environment,” he said.

He added: “It is also important to note that the Government of The Gambia is committed to the United Nations Framework Convention on Climate Change with the launch of the Second National Communications of The Gambia to the United Nations on climate change. This calls for the civil society and other stakeholders to share a similar interest to tackle climate change and defend the environment.”

Mr Njie indicated that more collaborative effort was needed to support government policies with the UN Framework Convention in trying to mobilize the much-needed finances to address the root cause of climate change and its impacts in the country.

He recalled that the crop failure that hit the country in 2011 was as a result of climate change as traces of droughts and erratic rain were registered in various parts of the country.

“Action Now –The Gambia seeks to drive this conversation from household to household, community to community and from nation to nation.”

Consumer parliament: will it make a difference?