The principal of Abuko Upper Basic School, Marian Susan Williams, yesterday testified as the third prosecution witness (PW3), in the murder trial involving one Ebrima Sanyang, a teacher at the said school, before Justice Amadi of the Special Criminal Court in Banjul

In her testimony, she said she is the school principal, adding that on 31 October 2014 she went to the school in the morning and, as usual, went round to see if teachers were in their classrooms before she went back to her office to attend to parents and students, who were waiting for her.

She moved towards the staffroom and stood at the door and peeped in to see what was happening, adding that she then saw Alagie Jobarteh, the deceased, running towards the door followed by Ebrima Sanyang, the accused, to where she was standing.

She gave way for them to pass, she said, adding that the deceased first passed followed by the accused, who was holding a chair and a knife in his hands.

She said she asked what was happening, while people were shouting that he had “stabbed” him, and she rushed to where the deceased was kneeling down on the ground and saw the blood.

That was the time they called a taxi and took him to the Edward Francis Small Teaching Hospital in Banjul, where he was pronounced death, she said.

She was cross-examined by the defence counsel, and one Buba Jawo, a police officer, also testified as the fourth prosecution witness (PW4).

Meanwhile, the trial judge, Justice Amadi had threatened to adjourn the case sine die if the accused, Ebrima Sanyang, continues to obstruct the proceedings again.

Justice Amadi made the pronouncement after the accused person disrupted the proceedings when his counsel from the legal aid agency finished cross-examining the third prosecution witness, Marian Susan Williams.

When his counsel announced to the court that she was ending the cross-examination, the accused raised his hand calling the name of the judge, and Justice Amadi told him he should not do that, that he has counsel and should speak through his counsel.

The accused then became aggressive and started shouting on top of his voice, saying “throwing a chair in the direction of the accused is not the same as throwing the chair on the deceased” which, according to him, was implicating him (the accused).

Both his lawyer and the prisons officers went to calm him where he was in the dock and asked him to be quiet, but he refused.

Justice Amadi then said this was the second time the accused had been obstructing the proceedings.

He said the accused called him by his name, which according to him, never happened in any court before.

He said the accused claimed he is a lawyer who knows the law more than the court and his lawyer.

According to Justice Amadi, on the last adjournment date the accused insulted him and he forgave him and, yet again, he was screaming seriously and obstructing the proceedings until the prison officers told him to be quiet.

He said the court could not hear a murder case without a lawyer, but if the accused was not satisfied with his lawyer, he should make an arrangement for another lawyer to take over.

He said if the accused should continue obstructing the proceedings, he would adjourn the case sine die until when the accused was ready to allow the court to proceed with the case, otherwise he would not hear the case. 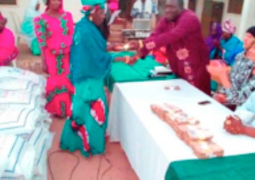 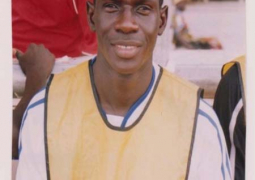