The absence of the lead prosecutor in the case involving Ebrima B. Njie and Edrisa Manga, prison officers, Tuesday delayed their trial.

Ebrima B. Njie and Edrisa Manga were charged with aiding Abdoulie Ceesay, former Managing Director of Tarango FM Radio, to escape from custody.

They did not accept any responsibility.

When the case was called, the clerk of the court informed the court that the prosecutor had called him and told him he could not make it, and that he was writing a letter regarding the case.

Patrick Gomez, the defence counsel, rose and told the court he was not informed why the prosecutor was absent.

He argued that the prosecutor should have been in court to explain the reason for his absence, adding that they did not know the content of the letter.

He stated further that this was not the first time the prosecutor had excused himself from the court.

He urged the court to waive the right of the prosecutor to cross-examine Ebrima B. Njie in the voire dire.

Magistrate Janneh-Njie of the Banjul Magistrates’ Court ruled that the prosecutor was absent and did not inform the court the reason for his absence, although he called the clerk to say they could not make it.

She added that the court would waive their right to cross-examine Ebrima Njie on the voire dire, since the prosecutor failed to appear in court at the last sitting.

She discharged Ebrima B. Njie on the voire dire, and adjourned the case until 6 March 2017, for the main trial. 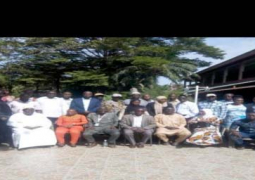