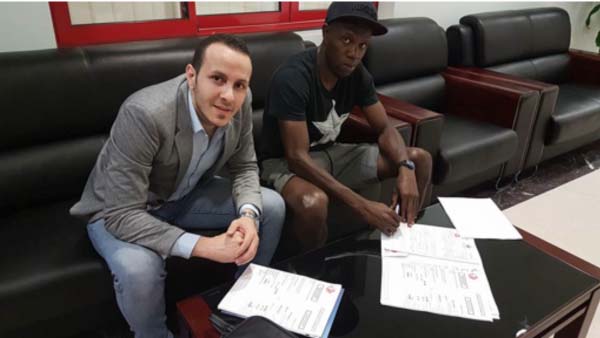 Jammeh, 30, signed for Qatar side the January transfer window and has previously played for FC Torpedo Moscow in the Russian First Division and  played for Torpedo in early 2008, following the relegation of his previous side FC Tekstilshchik-Telekom Ivanovo to the Russian Second Division, and having previously spent two years in Tunisia with ES Zarzis.

In September 2011, Jammeh signed for Kazma in Kuwaiti Premier League.

Jammeh has 32 caps for the Gambia National team.