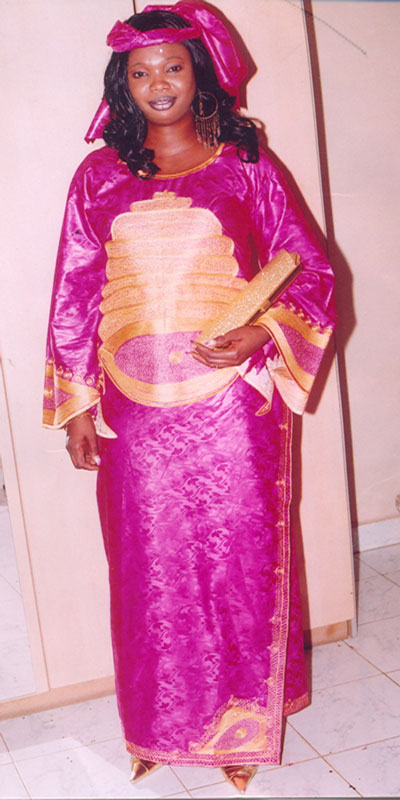 What every nation needs in order to develop, I guess, is peace and patriotic citizens, because without them, it will be very hard for development to take a centre stage. In The Gambia, thank God, we have both, and in all these, women of this country had contributed a lot to it because we can't have peace without loving and caring each other. It is in this that the patriotic citizen comes. One of the patriotic and hard working citizens of The Gambia can be describe as Mariama Chorr, a former miss beauty pageant 1997, who is now a role model for many ambitious young women of this country because of her commitment and diligent hard work. To her, beauty is not everything but what the individual has in their heart for the country as every citizen owes his or her country a duty. Today we decide to bring our esteemed readers the profile of this young ambitious, visionary and hard working lady and the efforts she went through in achieving what she had today.

She she: can you please tell us about yourself?

Mariama: I am Mariama Chorr citizen of Bakau New town, I attended Bakau Primary School from 1983 to '89, then Gambia High school from '89 to '94. I finished my O levels and later proceeded to NustratHigh School from '94 to '96 and sat for six form. After my A' levels I later went to Gambia Technical Training Institute for one year in doing Account course AAT, then went to Management Development Institute in '98, that's where I did the rest of my course. During this course, I started working at Gambia National Lottery as a Marketing Assistant then to Foster Stationary as an Accounts Officer. I then joined the Guarantee Trust Bank from there I also worked in Red Air until before it was liquidated from there I worked at Camelot Boutique as Procurement manager. And later on I then decided to establish my own business, because I  believe I  had gathered a lot of experience from the various departments I worked.

She she: when did you establish your business?

Mariama: I started it around the end of 2003 in October or November.

She she: what were you doing before?

Mariama: Initially I used to travel to Dubai, London to buy my stuff like cloth shoes and other things and resell them so I just decide to find a shop and last year I decided to add tailoring to it.

She she: So why do you decided to establish a business rather than working as civil servant, working at NGO's or other departments?

Mariama: you know sometimes working for yourself is easier, because I am married and have a very demanding husband, though he is not staying here, he is in and out of the country but when he is around I do my best to do what he wants. Also being your own boss gives you time and flexibility to do things as you wish them.

She she: what inspired you to contest Miss Beauty pageant?

Mariama: it was all about support  because many people were encouraging me to contest. I believe they were trying to prove a point because initially a lot of people in the community look down to people who participate in such event, some see you as a bad person, but for me by then I was at least fairly educated because I completed my A' levels and until I even did my first year up in AAT course. So a lot of people were trying to encourage me, like I said they were trying to prove a point that is being a Miss can still live in good life get a career if you want. I  think this was why many were encouraging me, so at the end I went, but late, because even went at the eleven hour I nearly didn't go because I arrived late during the first round. I went ahead and did it and luckily for me I got the title and as a result after what they gave us, I also insisted that the organisers will have to pay my one year tuition fee that was the intermediate.

She she: what does one need to have in order to become a miss?

Mariama: believe me it's not an easy thing, imagine sitting down facing a lot of people and every body looking at you, listening everything you say, watching every movement you do, it takes a lot of guts, you have to portray yourself very well because if you are there you need to do your best because if you happen to do nonsense you will end up being a laughing stock

She she: So what were some of the challenges you faced?

Mariama: We were I think ten or twelve in number, but they were all nice, you know me I am a tomboy I don't easily take things seriously until the last minute and even before the end of it most of my fellow contestants were even telling me that I was going to win. As I said, everybody was nice and friendly to me, so the only challenging thing was that the public you are facing and how to make sure you don't make blunders and try to satisfy your fans in order to win.

She she: during your time was there any development that you bring to the women in your society?

Mariama: Actually what really interested me then was the disabled. I can remember I organized a programme at Atlantic Hotel trying to do something for the disabled. But as of now I am really in for women because I am a member at Alliance for Gambian Women in Business. We have started Credit Union in collaboration with The Gambia Chamber of Commerce called The Gambia Business Cooperative Credit Union. We will invite businessmen to be part of us but I believe the majority will be women, it's just at its initial stage it's one year old. I believe it will be successful because we are very committed and we see the dream, it will be a very worth while effect.

She she: how did you feel when you were crowned as Miss Gambia?

Mariama: Well I was grateful, I  believe that if anybody achieve anything one should feel great about it and should not abuse it. This thing like being Miss Gambia  is an honor and is also a big responsibility because a lot of people look at you as a role model checking what you doing whether you still going straight. You have to really check yourself, make sure you comport yourself well in public with people. After that I concentrated on my studies and that's it. I don't think I have given the society any cause for concern.

She she: so what advice would you like to give to the young ones who may be interested in contesting a beauty pageant?

Mariama: If you want to be somebody you have to wake up and pay attention. If you want something, like my father used to tell me, you have to work towards it, you can't sit back and wait for things or expect things to meet you where you are. One thing I believe in is discipline and hard work because they are among the most important things in one's life.

She she: Thank you.

Mariama: It's a pleasure. 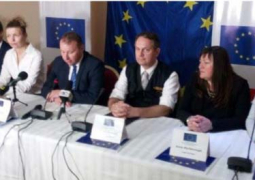