In the on going false information trial involving the former National Assembly Member for Kombo North, Musa Suso yesterday 9th November 2009, continued with the testimony of one Sunkary Jarjue.

Testifying for the Defence's 5th witness, Sunkary Jarjue, a former Prison Officer, who had been working in the Prisons for 14 years, 8 months told the court that he was enlisted into prison services on 15th June 1994, and left on 15th June 2009. He added that during that period he lived at the Prison's quarters, which he said, is about 25 metres away from the Prison's yard. He affirmed that he knew the accused, Musa Suso, David Colley and Ebou Khan.

On whether he could remember anything that had transpired from 2001 to 2003, he said during the period, the accused, Musa Suso was serving a sentence at Mile 2.

According to him, at the time they were taking the accused to the High Court on appeal, Ebou Khan saw the accused on board a truck. He added that the following date Ebou Khan came to see David Colley, as he (Khan) said he had a "fellow feeling for the accused."
He told the court that on that very day he was in-charge of male visitors.

He testified that David had called him prior to Mr. Khan's visit that a visitor, whose name was not disclosed, was coming to see him and that he should give him 15 minutes.

According to him, not more than three minutes time Mr. Khan knocked on the door and told him that he was there to visit Musa Suso.
He said that he heard in their discussion Mr. Khan telling the accused that when he saw him the other day on board a truck, he had a fellow feeling for him. He said "the accused told Mr. Khan to tell David Colley to find another vehicle for transportation of prisoners and Mr. Khan went straight to David Colley's office."

Still testifying he said when he met Mr. Khan at the High Court after the visit, Mr. Khan informed the accused in his presence that he had given fuel to David Colley's orderly, one Solo Manga, for David Colley. He told the court that he had made a statement to that effect at the police and it was taken by one Mr. Jabang. The said statement was tendered and marked as an exhibit 57.
When asked to shed light on a German national whom, he said, had sometime ago refused to eat at the Prisons, he replied that "he stopped eating because of the dead carcass reports."

The Defence Counsel, Lamin Jobarteh put to him that he said that the dead bull was cooked for consumption, and as a result some people died, he replied in the positive and revealed that Momodou Sano, Njaga Sillah, Malang Kandeh, Ebrima Badjie, Morro Sinajo Manneh (alias Six Million), Kalipha Banja died during this period.

Under cross-examination, the Police Prosecutor put it to the witness that all he said in court was hearsay.
The case continues today. 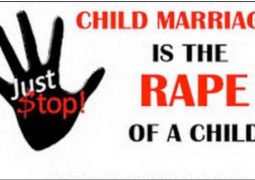